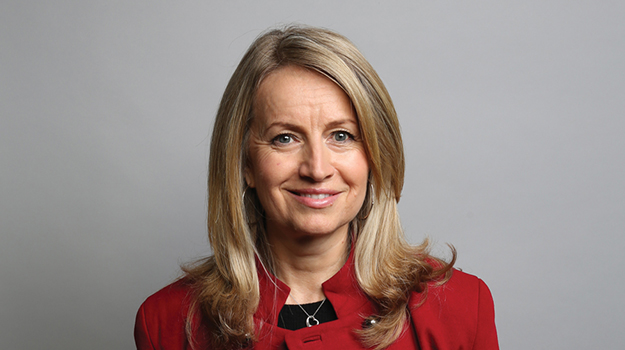 The brand’s top marketer, and former neuroscientist, champions the benefits of being both analytical and creative.

The ability to drive growth and galvanise organisations around a brand purpose is something Kerris Bright, CMO at Virgin Media, has focused razor-sharp attention on throughout her career. However, she was not always a marketer. She was once a scientist and has a PhD in molecular neuroscience – not a typical background for a CMO.

Bright is passionate about how her career moves have shaped the marketer she is today – whether in her approach to employee engagement, commercial awareness or analytical skills. It was during her PhD that Bright developed an ambition to go into  marketing and decided to apply her science background to creativity rather than pursuing a career as an academic.

“As a scientist, you have to spend many years [working on your research] before being able to represent it,” she says. “I liked telling the stories about what I was trying to achieve.”

Bright was also interested in behavioural psychology and why people made purchasing decisions, so putting those things together at age 23 she thought marketing “felt like a good place to start”. She joined Unilever, which helped her combine her skills in science with the art of marketing (see ‘Unconventional routes to marketing‘).

“Unilever started my career,” she says. “That combination of art and science is a strand that runs through my career; I was a scientist so I’m quite analytical, but I think, and hope, I have a strong creative flair.”

Today, Bright puts her main focus on what her brand, Virgin Media, stands for. “I thrive when I can build a brand and business through insight and inspiration,” she says. “If I reflect on when I have been at my best and most successful, it’s when there is this alignment between business’s purpose and the role of marketing in delivering that purpose. You choose the circumstances that will allow you to be at your best.”

Virgin Media resurrected the CMO role in January 2015, after scrapping it the previous year. It expanded the job’s remit by adding data, insight and analytics to Bright’s responsibilities.

More than a year into the role Bright believes the groundwork that has gone into recalibrating the Virgin Media brand is starting to pay off and that this shift in focus is just the beginning.

She says the brand took a “step back” earlier this year to think about what it is trying to do and claims the “renewed sense of purpose, investing and building is coming through more strongly”.

Prior to joining Virgin Media, and after a decade in senior marketing and management roles at Unilever, Bright developed a reputation as a ‘fixer’, having subsequently taken up positions at businesses including British Airways, and AkzoNobel, (the owner of Dulux, following its acquisition of ICI Paints), and Ideal Standard, all of which were in need of a strong marketing hand.

Bright says: “I have worked in industries [that] haven’t been marketing-led but where they have asked me to join the team to put marketing at the heart of the organisation because they wanted to grow faster or in a different way.”

She joined Dulux in 2001 when it was a sales-led brand, eventually introducing the creative idea for its ‘Let’s Colour’ campaign. Bright also led the consolidation of AkzoNobel’s £60m advertising account for its major paint brands into a single agency.

The challenge at British Airways was igniting “the spirit of the organisation, to galvanise the organisation around a new sense of purpose and identity”, she explains. It culminated in the airline’s ‘To Fly. To Serve’ creative in 2011.

“This [is a] strand that has followed me throughout my career. Businesses want growth, [they] have seen an ambition for marketing and [an] opportunity has been created for me to come in,” she explains.

Having worked at a diverse range of businesses, Bright says she thrives when a company’s ambition is supported at all levels, which is something she believes she has found at Virgin Media.

“If marketing’s role is to drive growth for an organisation, to be part of a business that has that ambition and the resources is a phenomenally exciting place to be,” says Bright.

“You don’t always find that in your career; where you are in an exciting industry, there are growth opportunities, the business has the resources and ambition, and can see that the role of marketing can help you win.”

However, there is one more element that is critical for Bright – a sales-driven side to the marketing function. “There is a very clear commercial edge to this role,” she says. “I’m here to drive short-term demand and build a brand over time.”

She says the role is not just about strategic brand building but immediate execution too, as her team is accountable for driving customer uptake. Bright therefore takes part in trading conversations every day, looking at sales and margin.

“It is incredibly important that marketing has clear commercial accountability, as well as ensuring that we have our eyes on the future,” adds Bright.

One thing that she has recognised during her career, and is now implementing at Virgin Media, is the need to grow a company by inspiring staff as well as customers. The desire at the brand to “be part of something bigger was untapped”, according to Bright, who took the opportunity to boost employee engagement by telling the marketing team’s story and sharing its ambition.

It comes from a belief that “you have to put as much energy into how you inspire and involve your organisation” as you do into the external communications.

In the early stages of campaign development, the marketing team spends “a lot of time” talking to employees and giving them a chance to see creative early in its development.

Bright says that although it “opens up the opportunity for people to give you their ideas [and opinions, which may be contradictory], the effort is starting to pay dividends because they feel like they are involved a lot more”.

This also helped Bright personally when she joined the organisation and moved into a complex sector. “To be effective fast, you need to engage across the organisation, listen and ask good questions about what staff are ambitious for and what they believe,” she explains.

“If you do that well, you learn so much about what you need to do. [You get] great ideas and insight into what a business is about and what it wants to achieve and you build good relationships. That helps you down the line when working on behalf of the business.”

Virgin Media’s latest campaign, ‘House Party’, is for its broadband service Vivid, which offers consumers a connection speed of 200 megabits-per-second. The creative aims to put “power and emotion” behind the product, according to Bright, who says “the challenge is trying to bring to life what you want to communicate”.

“[The ad] shows a lot of people in a house at the same time and the need for powerful broadband. You could show a family but it’s not that interesting,” says Bright. “Being different without being relevant is not helpful in my experience, so you have to understand how customers live their lives, what they need and want.”

Vivid will be Virgin Media’s third broadband speed boost in five years and comes at a time when the Advertising Association is honing in on confusing and misleading broadband claims in advertising.

Bright suggests all broadband is not created equal so it is important to look at the product to ensure transparency and clearly communicate what consumers are paying for. She singles out the claim ‘unlimited broadband’ and says brands need to do a better job at unpicking what that means in terms of speed of the product.

The ads for Vivid therefore talk about “the power of the cables” because “the functional side of the product is also important”, she adds.

The latest communication is just the beginning for Bright, who says the brand is set to bring more new products and services to market. She adds: “We are just at the start of something that I hope we can continue to build.”

Part of that will be the ongoing effect of Project Lightning, which Virgin Media claims is the single largest investment in broadband digital infrastructure in the country for more than a decade and will connect four million more UK homes and businesses to faster broadband speeds.

It is not all about the cables, however. Bright is on a mission to enhance Virgin Media’s TV service and programming too and show consumers the brand is about more than just broadband. Virgin Media plans to build the entertainment side of the business with more exclusive content planned for its four million TV customers.

An eye for innovation

Bright says that if she were starting her career again today, she would join a company led by technology. “When I started, [it] was before the internet and companies like Virgin Media or Google. If you were interested in marketing [when I was] 23, working for Unilever was where you wanted to be.

“If I were to start again, [and I was asked] which type of company I would want to be in, it would [have to] be a technology, innovation-led business.”

It is clear that Bright has a demanding role, but she also finds time to give time to fellow marketing professionals and learn from peers, through her seven years as a board member of the Marketing Society and three years as an advisory board member at content marketing firm Adjust Your Set.

“These things give me more energy than the time commitments required; that is why I continue to do them,” explains Bright.

“Being on the board of the Marketing Society has been a fantastic opportunity for me because it’s good to step outside of your organisation and talk with people in very different industries that you admire.”

To switch off, Bright switches on by spending her limited spare time watching TV or films on demand. She adds: “The great thing is when I’m not sure what to watch, I can pop downstairs and talk to the TV team and see what’s good.”