The big debate: Is age discrimination rife in the marketing profession?

Nearly a third of marketers feel ‘older people’ are under-represented or not represented at all within their business, so is there an issue of age discrimination in the workplace and if so what can marketers do to level the playing field? 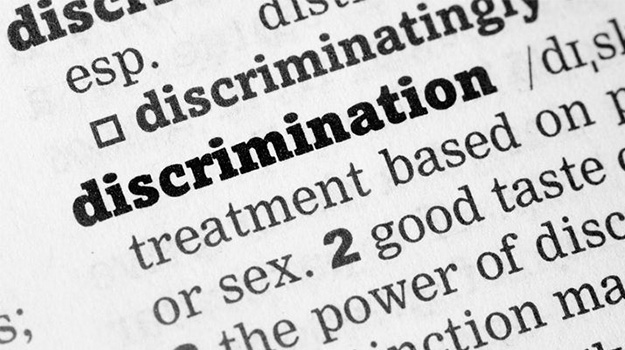 Age catches up with us all, but in the marketing profession it may catch up with you quicker than you think. The rapid rate of technological change in recent years has led many organisations to prioritise new digital skills at the expense of more traditional forms of expertise, prompting some senior marketers to complain of feeling edged out as they are replaced by younger ‘digital natives’.

Anecdotal evidence of age discrimination is easy to come by, but it is more difficult to say whether it is a widespread problem across the marketing profession. The Marketing Week Career and Salary Survey 2017 finds that 29% of marketers feel that ‘older people’ are either under-represented or not represented within their companies, making it the third least visible group after people with disabilities (56%) and people from an ethnic minority (40%).

This disparity in employing older people also varies greatly by sector. The issue is most pronounced in the beauty sector, where 44% of marketers feel older people are either under-represented or not represented. By contrast, only 27% of marketers in the financial industry identify the same issue.

Different marketers offer different interpretations. Jan Gooding, global inclusion director at Aviva, believes age discrimination “has always been acute in advertising agencies [but] probably less so in client marketing departments”. She recalls her own experience of facing age discrimination in her mid-40s when, having run her own consultancy and worked as head of strategic communications at BT for three years, she considered returning to agency management.

“I was told by two top head-hunters that I was too old and wouldn’t even get an interview – it was that blunt,” she says. “Ironically, I don’t see younger people being given as much responsibility as I felt I had in my early thirties. So there is ageism at both ends of the tunnel.”

I was told by two top head-hunters that I was too old and wouldn’t even get an interview – it was that blunt.
Jan Gooding, Aviva

Indeed, Gooding believes the restructuring of marketing roles in recent years has affected both young and old people alike, with younger people given “smaller jobs” that require less of a broad overview of a brand’s strategy across all marketing disciplines. “The truth is that younger people are simply less expensive to employ and that may be where the value equation has caused discrimination,” she adds.

The Government appointed Andy Briggs, CEO at Aviva UK Insurance, as its business champion for older workers last October. As part of this drive, Briggs wants to increase the employment rate for people aged 50 to 69 in the UK from its current level of 59% to 66% by 2022.

The role involves speaking to other CEOs and the wider business community to encourage them to support the target, while Gooding says that Aviva “will be putting a great deal of focus on this whole area over the next few years – not just in marketing but across our UK operations”.

The issue is perhaps even more pronounced in agencies. In a column posted on LinkedIn, Tom Goodwin, executive vice-president and head of innovation at Zenith Media, called his elders a “secret population” that he is “never exposed to, let alone have the pleasure of working alongside”.

He says “these days we lazily assume that things have changed and their knowledge would be out of date” but experience means they “can see the changes in business and marketing in the context of decades of what has happened before”.

READ MORE: Tom Goodwin – Make shopping practical or an experience, don’t do both

However, not all marketers agree that age discrimination is prevalent in their business. Kristof Fahy, chief customer officer at Ladbrokes Coral, says that while there is anecdotal evidence to suggest that younger colleagues are replacing older stalwarts, it does not necessarily signify discrimination.

“It also begs the question as to whether there is anything intrinsically ‘new’ in this trend,” he adds. “I am not entirely convinced that we are in the midst of an alarming era of discrimination, rather an industry that is constantly renewing.”

Fahy says that it is wrong to assume that older marketers cannot be pioneers of new technology or innovative approaches. He argues, though, that it may be suitable for companies to prioritise particular age brackets or levels of experience to ensure that recruits align with their strategies and business cultures.

Older, experienced candidates still need to find their cultural fit, which celebrates their qualities rather than exposes their unsuitability.
Kristof Fahy, Ladbrokes Coral

“Some industries are right to expect a young, ​ruthlessly restless culture within its colleagues whereas others place a premium on experience and a professional DNA that values heritage,” he says. “Neither approach is wrong nor should it warrant criticism: older, experienced candidates still need to find their cultural fit, which celebrates their qualities rather than exposes their unsuitability.”

Jeremy Ellis, marketing and customer experience director at TUI UK and Ireland, states he has not witnessed age discrimination during his 25-year spell at the travel group. Instead, he suggests bringing together a mixture of ages and experience levels has been key to building the business over that time.

“Marketing is one of the fastest changing functions in a business, and you need people who understand the really new stuff, but you also need people who understand how things have been done traditionally,” he says. “It’s like in a football team where you need the fit young athletes but you also need the wise old heads at the back, helping to manage things.”

Ellis notes that in many ways, senior marketers are in higher demand as businesses generate more and more data that requires insight and interpretation. “It’s not just about bringing youngsters in with all that digital tech expertise – it’s about having people who really understands how data can work and how you can be more savvy with the use of that data,” he says.

“We have been employing as many senior people, even for junior roles, as much as we’re bringing in new guys who understand the Snapchats [of this world] and all the new technology that’s out there.”

Ellis argues that in order to stay up-to-date, senior marketers must focus on having a breadth of skill that allows them to think strategically across different media and technologies. This requires older marketers to ensure they have a good working relationship “with the likes of Google and Facebook”, he contends, as well as their creative and media agencies.

READ MORE: Google and Facebook hiding behind customer privacy instead of sorting out ad fraud is a cop-out, says TUI

This view is shared by Patrick Venning, marketing director at Pernod Ricard UK, who urges older marketers to avoid having a “fixed mindset” and to be open to new ideas and ways of thinking. He explains that the drinks group undertakes regular training days with agencies and publishers “to help us become more agile and forward thinking”.

“We do have a broad mix [of ages] from 21 to 55, which works extremely well for us as we have a rich blend of youthful insight together mixed with industry experience,” says Venning. “While there is no substitute for great creative thinking, there is also no substitute for a bit of grey hair to help nurture the younger members of the team. It is a mix that works well.”

Ultimately, it is important for brands to appreciate the different qualities that people of different ages can bring. According to Nationwide Building Society’s CMO Sara Bennison, this appreciation will allow businesses to better utilise the skills and experience available to them.

“It’s important to acknowledge that there is a huge generational difference between the digital natives and those of us who learnt our craft before,” she says. “But if we let that become a divide, then we miss the real magic that comes when the two combine. That is no different from any other aspect of diversity of thought, which we must always be vigilant in capturing.”