SoundCloud vice-president of global marketing DeJuan Wilson has had an unusual and eventful career, starting in admin at Coca-Cola, working for hip hop artist P Diddy and now competing with Apple Music at SoundCloud. 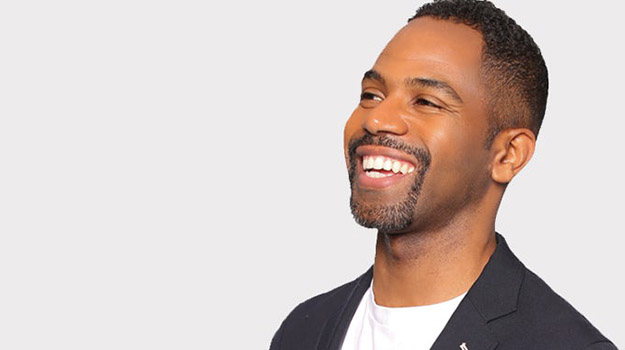 Few can say they went from being a humble admin assistant to senior manager on one of the world’s best known brands, then to working for a global celebrity, all in 10 years. Yet that is precisely the career trajectory of DeJuan Wilson.

He only took his first role at Coca-Cola to pay the bills while he worked out what to do after university, but he stayed for a decade.

It’s not how marketers usually set out, but Wilson believes there are advantages to starting small in a big company. “A lot of young people are not open to doing that – they feel they should come in at a senior level with a lot of responsibility. Taking the time to learn a company before you jump into a major role can give you a lot of insight that you wouldn’t have otherwise.”

His nous at navigating the halls while supporting senior executives saw him rise to a customer marketing role, then eventually to senior brand manager of Coca-Cola.

He was an early pioneer of social media, relaunching Cherry Coke in a campaign with Jay Z, which in part led to his next move. On his 10th anniversary at Coca-Cola he handed in his notice, answering the call from hip hop artist P Diddy to manage his Sean John brand portfolio.

He then went on to Converse with a brief to grow its lesser known ranges, further establishing a key theme of his career – that of forging stronger links between a diverse portfolio and its master brand.

Everyone knows Coca-Cola, P Diddy, Converse and MTV. I want to help create the next brand that would sit in that space.

“It was a shift, going from mass-market branding at Coca-Cola, to working for a global celebrity who has mass appeal, to a brand that has mass business but a very one-to-one connection with consumers,” Wilson says.

Now at music streaming platform SoundCloud via a stint at MTV owner Viacom, he believes he has an opportunity to build a brand with just as much cachet as those he has passed through previously.

However he points out that in each role he has focused on achieving bottom line results, not just brand metrics – something he also needs to achieve in his current role.

While SoundCloud is facing potential funding challenges, according to its financial reports, and recently laid off 40% of staff after closing half its offices, it is also boldly taking on Apple Music and Spotify in subscription music streaming.

“I have worked on brands that were all iconic household names. Everyone knows Coca-Cola, P Diddy, Converse and MTV. I want to help create the next brand that would sit in that space. SoundCloud can become the next iconic brand in the marketplace.”

READ MORE: ‘We want to emulate Nike and be one of the biggest lifestyle brands’ says SoundCloud 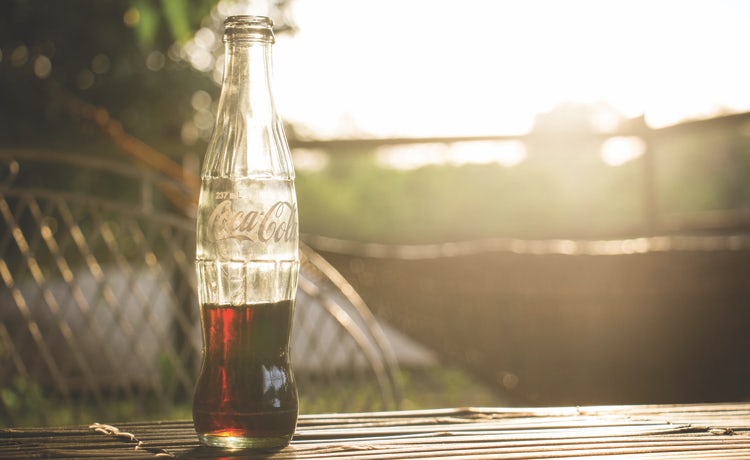 Understanding the company from the top down

“I had a job offer out of college, but I decided I was afraid of New York. I went to school in Atlanta and my humble beginnings at Coca-Cola started with the idea of being an assistant to senior people in the company but I had no plan to stay at the company long term. I was there for 10 years.

“I supported the vice-presidents of finance, external affairs and HR. I got to learn the company from the top down, so when the opportunity came up to move into a marketing role I knew how to move through this massive corporation.

“After my first year I started in customer marketing, working with partners to take our brands into their retail environments. It is not how most marketers start off at Coca-Cola.

“Understanding the fundamentals of how you market a brand in a multichannel portfolio environment was super-important when I transitioned to brand management.”

Repositioning Coke was “my dream job”

“Everybody knows Coca-Cola but people were not consuming it as much and were not as emotionally connected to the brand as previous generations.

“In the second half of my time at Coca-Cola, my job became driving reconsideration and re-engagement. At that time we were seeing a lot of consumption around other categories – coffee, tea, isotonics.

“Understanding consumer insights to reposition the brand in the marketplace – with the resources that come with working for Coca-Cola – was the dream job for me.

“Seeing the impact on the business, where we saw increased consumption but also increased equity of our brand, was very rewarding on a brand of that scale. It is not easy to do.” 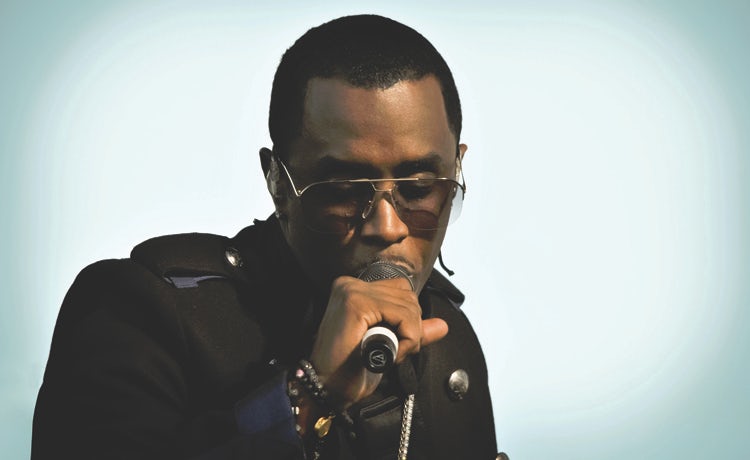 “Sean John is P Diddy’s clothing empire, including apparel, fragrance and accessories. I was working on a project at Coca-Cola relaunching Cherry Coke through an integrated programme with Jay Z. It got a lot of buzz in the marketplace and P Diddy heard about it, and he actually called me.

“I only knew the Coca-Cola way of marketing and I wanted to figure out if I could use what I learned at Coke to build other portfolios. He brought me on board to grow his Sean John portfolio by really thinking about it as one portfolio.

“The challenge was that the businesses were being thought of as individual businesses, not part of the master brand of Sean John, so I was building a trademark strategy and taking that to market through all the traditional and not-so-traditional marketing channels. We were getting into the first wave of MySpace and Facebook being vehicles to push brands.”

“My job was to work on all the parts of the portfolio that people did not know so much about and make sure they were tethered to the master brand.

“There’s a certain amount of preciousness that comes with Converse and consumers feel like it is their brand, so you become a brand steward in a totally different way. Your job is mining the relationship and perception.

“I had to drive secondary businesses in the portfolio to be more a part of the revenue opportunity for the company. We were balancing resources that were not what you’d have on the Nike brand, leveraging what people in the community of Converse were doing around the brand to turn that back into marketing.

“It is the only brand I have seen with product in Target – the US value chain – and in the most exclusive retail boutiques around the world. And nobody questioned it. People from one to 65-years-old wear it.” 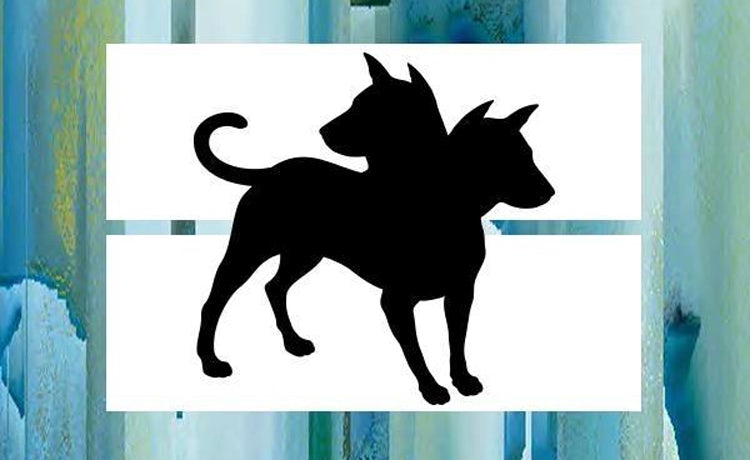 “Viacom was my first movement into a non-product-based world, my first time working on content in a very rapid-fire segment of television. I was brought in to redefine MTV2 and Logo, the LGBT network. I was only there for a year but what I learned was what I call ‘fast strategy’.

“I was thinking about how you give a television network a point of view so the sub-brands of the shows support that, but always evolve it through the day-to-day content.

“Typically in consumer packed goods you have an annual cycle; in fashion it’s a quarterly cycle based on seasons; TV is every single day. Having a really dynamic team who are great strategy and creative people is really important. We did campaigns for TV shows in a week.” 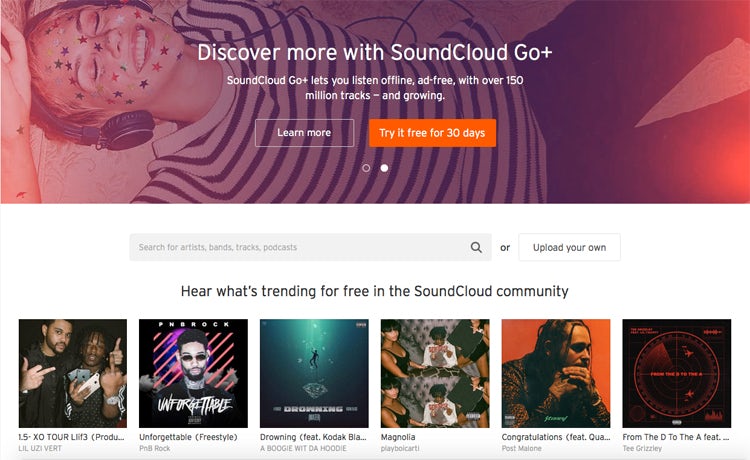 Tapping into the next wave of music culture

“I’m making sure that as we define the brand of SoundCloud as a people-powered platform that enables the next wave of music culture to happen, we are amplifying that across our markets, and supporting our advertising and subscription business.

“We’ve taken the brand work into experiential activation, content and social media, driving not just engagement but our revenue streams.

“Any artist or creator can put audio content on our platform. Last year we did music label deals to make sure we had all their popular content too. Underneath that is a set of social engagement tools that allow connections between those who create and listen to music. That is very different from most other music platforms.”