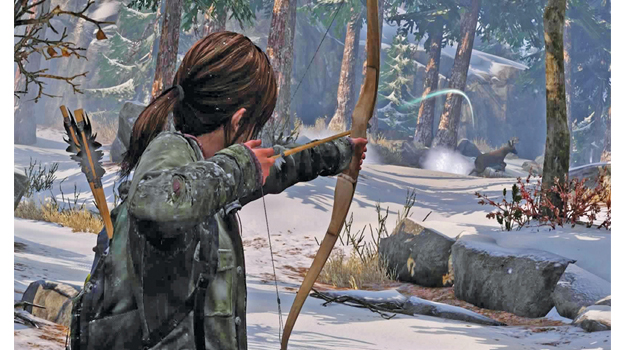 When you walk into Sony’s offices in London’s Soho, you are immediately greeted by plasma TVs, controllers hanging out of sofas and gaming paraphernalia ranging from the first generation PlayStation (PS) console to the present-day PS4.

“This is where we come for downtime,” says Isabelle Tomatis, brand and hardware marketing director for Sony Computer Entertainment Europe (SCEE), which manufactures PlayStation devices and publishes games for the platforms.

Driven by strong console sales, Sony swung to a net profit of £182m in the three months to September 2015, having suffered a loss the year before. PlayStation 4, meanwhile, is approaching three million unit sales in the UK market and comfortably outpacing rivals such as Microsoft’s Xbox One and Nintendo’s Wii U.

The success of PS4 has taken Tomatis by surprise: “We have huge brand awareness in the UK but we didn’t expect PS4 sales to be so high that quickly.”

However, with mobile game sales expected to top $40bn (£26.5bn) by 2017, according to research firm Newzoo, many critics have questioned the future of games consoles. Key players such as Nintendo have even set up development studios specifically to create smartphone games. Although Sony now has a PlayStation smartphone app, Tomatis does not believe mobile will threaten console gaming’s existence any time soon.

“The success of PS4 has smashed those views to pieces – it is vastly outselling where PS2 was at this stage of its life cycle,” she replies. With over 155 million units sold, PS2 is the biggest selling console of all time.

“We have generated loads of new players to PS4 and we’re now seeing a generational effect too where parents who first played the original PlayStation 20 years ago are now bringing their children up on games. There is a sense that gaming isn’t bad but it is art – the old barriers are coming down.”

Key to PS4’s strategy has been a model encapsulated by its slogan ‘For The Players’, which focuses on social media connectivity and extending gaming into other media.

Players, for example, can share photos or stream video clips from their games directly onto YouTube or Facebook at the touch of a button. PlayStation 4 has also launched exclusive mobile games with brands such Coke Zero and apps with Spotify.

Tomatis believes the console’s vast young audience is appealing to brands. “We’re seeing more brands wanting to partner with us,” she says. “They see gaming as a way of reaching a youth audience that they often struggle to connect with. We also have a lot of insight on the habits of our gamers but we won’t just partner with anyone; they have to fit with the PlayStation brand and have an authentic link to gaming.”

She is particularly excited about the rise of virtual reality (VR). Sony will release its own VR device, which will be powered by PS4, in 2016.

“As a marketer, I feel VR will be a game changer. You can go beyond the in-store experience and communicate a brand story in an interactive way. You could go to the shop on our headset or go back in history to understand a brand’s values. That level of immersion and intensity VR offers stretches beyond gaming and right into marketing.”

When you think of video games, you would be forgiven for expecting a male-dominated industry; especially given the recent ‘Gamergate’ controversy, where prominent female developers have received death threats from sexist online trolls.

This makes Tomatis’s senior role as director of marketing all the more surprising. She insists, however, that she personally has not experienced sexism in the industry.

“[Sexism] has never affected me. I was given the same opportunities as a man. I have had two children and been on maternity leave twice. Gaming is far more accepting when appointing females in senior marketing and creative positions than FMCG, which is still too male dominated. Our marketing team is more balanced than people expect.”

Within SCEE and its development studios, Tomatis says there has been a shift over recent years to present female gaming characters in a much more balanced way. Recent Sony games such as post-apocalyptic drama The Last of Us, for example, feature strong, fully-clothed female leads and touch upon social themes such as teenage sexuality.

“For our recent Tearaway Unfolded game, the girl’s character was more popular than the boy’s character because she had great personality and it was well written. We feel a responsibility to write intelligent lead female characters and break down the gender boundaries but I feel they are definitely blurring.”

Tomatis joined SCEE in June 1999, when PlayStation was still seen as a new challenger to the likes of the Nintendo 64.

She recalls that the company felt like a startup. “There were small teams, a very flat structure and marketing spend was primarily through TV and magazine ads. It all feels so long ago. I’ve had to change with generation X, generation Y and generation Z; it gets tougher and tougher,” says Tomatis.

Television, however, now plays second fiddle to social media. “We let our gamers live-stream to YouTube, so it’s about opening up the world of vloggers to everyone. We see every single gamer as a brand ambassador. TV is just some of our campaign and digital and social are more significant than the traditional ad spend,” explains Tomatis.

Regarding the brand’s future, she is more than confident and believes gaming’s changing image will be key.

“Game ‘worlds’ are becoming more and more immersive. Games such as The Last Of Us or Journey are like interactive movies – people are gradually seeing what we do as art,” she says. “It isn’t just consumers but brands too, which now see a partnership with a game [similar to] supporting a movie.”

Pointing to PlayStation’s tie-up with The Football Association on its grassroots football programme the PlayStation Schools’ Cup, she says: “It shows gaming can be educational and we want to release more games for the family, it’s important we educate as well as entertain.”

Tomatis concludes: “Playstation is about play and that is not restricted purely to gaming. It is about giving extraordinary experiences, whether that’s through a game or for a brand. Our job is to blow people’s minds wide open and we want to do that for another 20 years.”