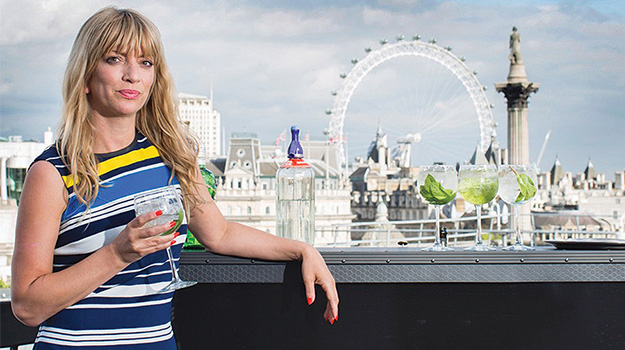 Sara Frain’s career path demonstrates the benefits of specialising in a single industry. Since beginning her career as a temp at a small cinema chain called Oasis Cinemas, she has become one of the most influential marketers in the UK’s film scene.

Subsequent roles as director of sales and promotions at film distributor Tartan Films, and then general manager at Metrodome Group, saw Frain manage marketing campaigns for a wide range of independent film hits such as Super Size Me and The Counterfeiters. In 2010, she became group marketing director of art house cinema chain Picturehouse Cinemas. The company, which specialises in high-end venues and services, was acquired by Cineworld in 2012 and now has 24 cinemas across the UK.

Frain, an inductee to the Marketing Week Vision 100 in partnership with Adobe in 2016, explains how her background in film marketing has helped her to adapt to different projects and to focus on putting the audience first.

What have been the defining moments of your career?

There are a lot of small moments that have become defining moments. Starting in a small exhibition company allowed me to learn all about independent film exhibition, from programming to new cinema openings and most importantly audiences. It was about putting the audience at the heart of every campaign. This led me into film distribution at Tartan Films, running campaigns on titles such as Secretary and Belleville Rendez-Vous and the launch of the Tartan Asia Extreme brand.

I have transitioned successfully from independent exhibition to distribution and back again to Picturehouse, where I have brought my experience into the business with the successful launches of four new cinemas and by breaking out art house titles such as The Imposter and The Lobster to a wider audience.

What marketing skills are particularly useful in the film industry?

Marketing films is transient and fast moving – with every campaign there is an element where you start again, so developing an understanding of audience and how to reach them through the various communication channels available is essential. It’s really challenging to market independent films and cinemas without the big budgets that the studios have, so there is a need to be more creative and innovative within your strategy to ensure great films get out to as wide an audience as possible.

What challenges have you encountered as Picturehouse has grown in recent years?

Picturehouse has had a very exciting and progressive last few years – a benefit of being part of a much larger cinema organisation. Deeper pockets have allowed us to expand more rapidly with new cinemas, including our flagship in the West End, Picturehouse Central.

This has also brought its challenges. Keeping the independent identity of each of our venues becomes more important the bigger we get. Decentralising key aspects of marketing communication, such as installing local marketing managers at every site has been a key part of ensuring that each Picturehouse cinema continues to sit at the heart of its local community.

How is the role of marketing evolving within Picturehouse?

The biggest single game changer has of course been digital, and in particular social media. It is an extremely efficient and cost effective way to reach an audience. Digital has also allowed us to segment our audience; targeted bespoke emailing has really changed the landscape of marketing film and other content. I remember when I first started out in the business, I was told by an experienced marketer that if the film is successful, it’s a great film, but if it doesn’t work, it’s a bad campaign. The difference these days is that we can really see what works and what doesn’t work as digital marketing allows us to see the value of every pound spent.

What career advice would you give to a young marketer starting out in their career?

Be passionate, be true to yourself, have fun, enjoy learning and be willing to roll your sleeves up and get stuck in with any opportunity that comes your way.

Meet the colleagues of a modern marketer: Chief futurist

Marketing success increasingly depends on a brand’s ability to read emerging trends in technology and consumer behaviour before making strategic adjustments at speed. This helps to explain the rise of the chief futurist: a somewhat grand, space-age title for a person that helps brands to predict and shape the future.

It is no surprise that tech companies have led the way in employing futurists. In 2012, Google appointed American author and renowned futurist Ray Kurzweil to work on new technology projects on a full-time basis, including those involving artificial intelligence.

In a blog post announcing his appointment, Kurzweil wrote: “In 1999, I said that in about a decade we would see technologies such as self-driving cars and mobile phones that could answer your questions, and people criticised these predictions as unrealistic. Fast-forward a decade – Google has demonstrated self-driving cars, and people are indeed asking questions on their Android phones.”

Other big brands that have employed futurists include Volvo and Cisco, while in 2014 virtual reality startup Magic Leap hired science fiction writer Neal Stephenson to work as its chief futurist.

For more careers insight and advice, visit the Realising Your Potential stage at the Festival of Marketing, which is running on 5 and 6 October at Tobacco Dock, London. For more information about the event, including how to book tickets, click here.