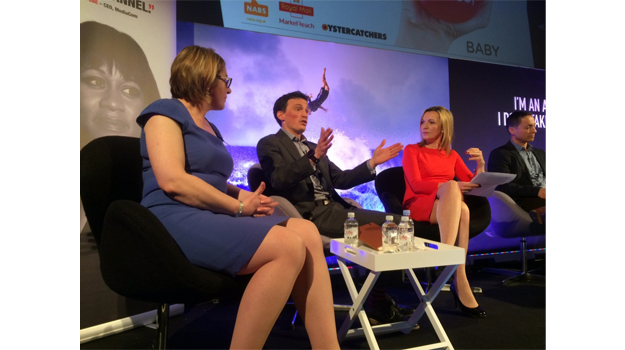 As stress levels in the profession continue to soar, marketing leaders need to pay closer attention to the emotional needs of their teams, a panel at Advertising Week Europe has warned.

During a discussion about mental health challenges in the creative industries, Matt Atkinson, CMO at Saga, said leaders have a responsibility to create a more open workplace culture in which people feel comfortable discussing their problems.

“By doing the simple things you start to raise awareness of the spectrum of [mental health] issues, what you can do it about it, and how you can have slightly more open conversations about things that people don’t necessarily want to talk about.”

Figures from NABS, a non-profit organisation that promotes wellbeing in the advertising and media industries, show there was a 67% increase in calls to its advice line last year from people looking for emotional support.

NABS’ CEO Diana Tickell, who was also on the panel, suggested that many people in the profession are fearful of raising the issue of stress at work.

“From some of the surveys that we’ve done we know that people wouldn’t even talk to their line managers about feeling pressure and stress because of the potential stigma of what that means,” said Tickell.

“We find that people don’t share [their problems] until they get to the point when they are actually feeling very ill – they’re not sleeping, they’re having problems concentrating or they might be drinking more.”

Atkinson said he had taken a range of steps within Saga, and during his previous role as CMO at Tesco, to improve internal understanding around workplace stress. This included enrolling staff on a ‘mental health first aid course’, which he said had a similar structure to physical first aid but with a primary focus on dealing with mental health issues.

He also urged marketing leaders to reassess their own conduct towards their teams, colleagues and agencies to ensure they are not contributing to problems. “How much time do you spend thinking about the pressure in the team?” added Atkinson. “How often do you think about what that involves, whether you understand people’s tolerance levels and what creates pressure for one person compared to another person?

“I don’t think many of us think like that, but the more you think about it, the more you become aware of the impact of emails, conversations, team meetings – all of those things.”