Mark Ritson on what makes stupendous and stupid marketing 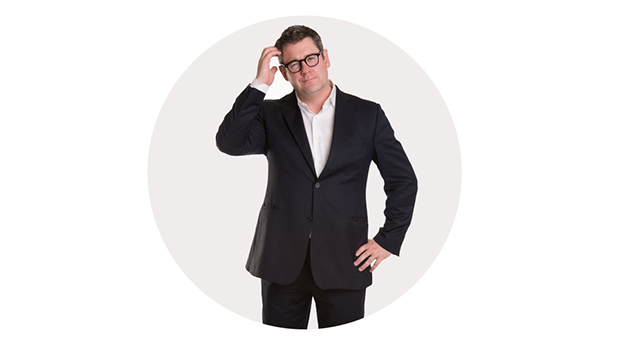 Mark Ritson, our award-winning columnist, consultant and marketing professor, is never one to shy away from an opinion and he had plenty of those in his talk at Marketing Week Live as he gave his view on the importance (or lack thereof) of ideas ranging from millennials to targeting and digital marketing.

Marketers are obsessed with millennials. Ask almost any brand what demographic they are targeting and they will say it is those aged between 18 and 33. In Ritson’s analysis of articles appearing in the trade marketing press, the ratio of articles about millennials versus other demographics was 42:1.

Yet is this really sensible? Ritson estimated that millennials account for less than 10% of the population and an even lower proportion of disposable income. And he questioned in reality whether this one homogenous group that includes everyone across a 15-year age gap even really exists.

His conclusion? “The answer to every question [in marketing] is millennials. It’s lazy marketing. Millennials don’t exist. They do as a group of people but the idea they are different from Baby Boomers, it’s not true.

“Millennials just help us to confirm our absolute obsession with youth. That’s the real power of it. That marketing is only really interested in young customers.”
Mark Ritson

Ritson is a staunch advocate of TV advertising and he used his presentation to dispel some myths around its death at the hands of digital. He cited BARB data from the UK which showed that UK adults watch 4 hours and 30 minutes of video content per day, 82% on TV.

Among millennials that figure does drop, but only to 70%.

“Marketers have a self-induced belief that digital is changing the world and somehow traditional is being destroyed. It is mania.

“In the US consumers spend more time with TV than all the other media, including phones and PCs, put together,” he said.

The same is true of TV advertising. According to the latest forecasts from the Advertising Association and Warc, TV ad budgets in the UK were up by more than 7% in 2015 and will grow by 5% both this year and next.

“People are still watching TV. Is it going to last forever? Probably not. But right now TV is dominant. Its not only not dying its super dominant and its vibrant.”

Corporate social responsibility might be a well established concept but Ritson looked to challenge that perceived wisdom. He cited the Reputation Institute’s global analysis of reputable companies, which in 2015 named Google as the most reputable company globally despite it paying just £20m in taxes in the UK in 2013 on revenues of £3bn.

He admitted what Google had done was not illegal but questioned the morality of its tax avoidance. “Being reputable is not just about not doing illegal things, it’s about doing what is right,” he said.

Read more: Should marketers really aspire to be like Google and Apple?

He added that CSR also seems to have little impact on business performance. Volkswagen, which built its brand around offering more environmentally friendly cars, is currently engulfed in a huge scandal for rigging emissions tests on its diesel engines. Yet sales across Europe are still growing.

“If companies like Volkswagen with giant CSR strategies are doing this you know from a corporate point of view its pointless. But if customers don’t care either and are still buying Volkswagen cars despite this behaviour we can conclude that CSR doesn’t matter on either side.”

Targeting has come in for some criticism of late, with Mars CMO Bruce McColl recently saying that he isn’t a great believer in it because its target audience is the “7 billion people sitting on the planet”.

Yet Ritson disagreed. While he admitted that “in some markets” it might make sense he believes that for most brands it is a crucial step in part because they have limited resources and so need to reach those most likely to make a purchase but also because it allows more differentiated messaging.

“If you target everyone the only thing you can talk about is the product. Brutal brand awareness or product features.”
Mark Ritson

“When we segment we’re able to target different segments and give them different messages based on very different needs,” he said.

“The reason a lot of brands have the ‘usual suspects’ in their positioning is because they target everyone. They have to use ‘innovation’, ‘integrity’, ‘trust’, ‘quality’, ‘value’ because who could ever have a problem with any of those things? When we segment we get tighter, we can do better positioning and in my experience we can make more money.”

Ritson hasn’t been shy about his opinion on brand valuation and this was no exception. He used the example of Apple, which Interbrand values at $170bn, Millward Brown’s BrandZ at $240bn and Brand Finance at $128bn.

Read more: What is the point of brand valuations if those doing the valuing are so off target?

“If the world’s biggest valuation firms can’t agree within $100bn what a brand is worth it tells you that brand valuation is pointless,” he said.

Brands including Unilever, Mondelez and Coca-Cola and have all adopted zero-based budgeting for their marketing departments in recent months. While some have put it down as a cost-cutting exercise, Ritson thinks differently. He called it a “superior approach” that enables marketers to prove ROI and position their department as an investment, rather than a cost.

“Just because it has zero in it doesn’t mean it’s bad. We are going to start from zero and then marketers are going to have to do their job to get any money. Research, segment, target, position, set objectives with a benchmark and a goal, as a result can calculate the dollar value, annualise that value and get a dollar value. That is not easy but marketing isn’t meant to be easy,” he said.

Yet 95% of marketers have their budgets set by finance departments that base it on last year’s sales, the expected growth rate and by applying what Ritson said was a “totally random” sales to advertising ratio.

“There is so much wrong with that. The minute you let your budgets be created like this marketing becomes a cost.”

Brands use the ‘benefit ladder’ in their marketing, aiming to get move from promoting product features to product benefits, functional benefits and then emotional benefits.

“As marketers we want to try and get as high up the ladder as we can. The higher we can go the more we can charge and the more successful we will be.”

“When we get to brand purpose we go too high, we reach too far. We’ve jumped off the benefit ladder.”
Mark Ritson

The issue, said Ritson, is that marketers become so busy inspiring people with their brand purpose that they lose sight of their products. Yet a lot of the next generation of marketers doesn’t want to sell burgers or cornflakes, they want to inspire, he claimed.

“Most marketers don’t want to be marketers any more. They are ashamed to sell. If you are a Coke marketer would you rather sell sugared water or inspire happiness?” he asked.

“The word, the concept, of digital is over. Everything is digital. It doesn’t mean anything anymore,” said Ritson.

The problem, he explained, is that digital is a silo that limits marketers’ thinking. But the even bigger problem is that it is a tactic, not a strategy, and marketers have become preoccupied with it.

“You can’t be a good marketer if you’ve started with a tool before diagnosing the problem. Put the tools down and come back to strategy. Find out what you need to do in a media neutral way. Start with the customer and the strategy and then choose the tools.

“Facebook, Instagram, radio and TV; they are all tactics. They are a part of marketing but they are the not the big part. The big part is upstairs – strategy. But the conversation in marketing are no longer about strategy they’re about tools. Marketing has become the sea anemone of the business world, just responding to things.”

We’ve teamed up with award-winning columnist and Professor Mark Ritson to bring you a new online learning experience. The MW Mini MBA in Marketing is a CPD accredited, MBA standard course. Cover the same core modules as leading MBA programmes, in just 12 lessons, it will give you the tools you need to do your job better.