How to prevent a client-agency catastrophe 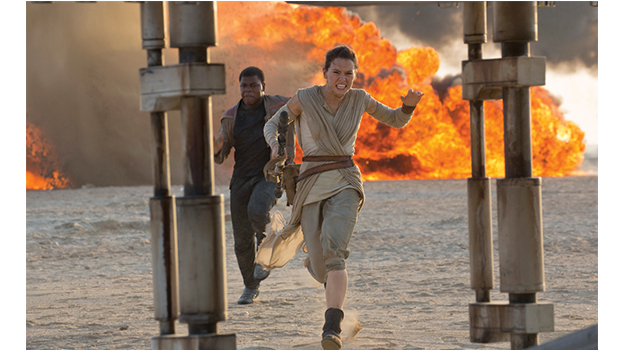 Consumer behaviour and technologies are evolving at unprecedented speed, so brands and agencies need to work more collaboratively and flexibly to take full advantage of the new opportunities that are arising.

The relationship between brands and their agencies is coming into sharp focus as budgets get leaner, technology evolves, channels fragment and consumer dominance rises.

As brand owners strive to stay abreast of these changes and work out how best to engage consumers, marketers need agencies to be increasingly flexible and think across disciplines.

As a result, “the role of agencies is changing”, says Anna Hill, CMO at The Walt Disney Company UK and Ireland. Previously, a brand would call on agencies according to their specific need, whether it be experiential, digital or social, but as everything is now so intrinsically linked this is no longer the case.

“The challenge is for agencies to be able to define themselves – it used to be by discipline, which is now less relevant for me. We still want the expertise, but we want it all to come together in a more comprehensive solution. The ultimate agency is one that can bring the experts together, support all your needs and can flex as you flex as an organisation,” Hill adds.

In order to put this into practice, Disney and media agency OMD have created Team Orchestra. It is a function that sits within the agency so it can bring in experts from other businesses in parent company Omnicom to support Disney’s needs, including digital, shopper marketing, experiential, creative and media.

“In a world where everything seems to be changing so quickly – driven by new customer behaviours which have been enabled by technology – it is really important that we stay joined-up with our agencies on what that means for the way we engage, communicate and interact with our customers,” she says. “There are so many new questions: What does the rise in mobile video mean for the type of creative needed? What is the role of content versus advertising – is there a difference? What do ad blockers mean for digital media plans?”

In Cowdry’s case, getting the most out of the agency relationship relies on thinking of agencies as partners rather than suppliers, letting them inside the business and inviting them to be part of the team.

“We are one team with aligned objectives working together towards a shared vision,” explains Cowdry. “Both supporting and challenging each other to create the best work possible.”

Another aspect of the evolving relationship is the role procurement now plays in the buying of business services, including marketing. The nature of procurement processes in the creative industries has led to tension, with the function sometimes being accused of simply hammering down costs.

However, Rhys Love, senior brand manager for Diageo’s Captain Morgan brand, argues that the “procurement [team] should never be seen as just ‘negotiators’ as it is critical they understand marketing today and the marketing of tomorrow”.

Head of marketing at Gatwick, Jo Patterson, says a collaborative approach with its agency has been critical for its second runway campaign

Love works closely with Diageo’s procurement function to identify the right agency for the plan it is delivering. He says: “The experience procurement gains from meeting a wide range of agencies means it is often at the forefront of technology and strategy. This can and has proved to be invaluable inbringing a fresh pair of eyes into the marketing function and the people we work with.”

Although cost is, of course, a consideration, brands should be clear on what they are looking to achieve from the relationship because agencies paid by volume of work rather than quality or impact of output could result in very different outcomes.

Managing director at Rare Design James Hirst believes that although procurement can be seen as the enemy of creativity by stifling the ability for agencies – and therefore brands – to be creative, the involvement of marketing procurement is generally positive. It is focused on how an agency can help the brand, which enables them to showcase what they do.

“When a brand is appointing an agency, it is about you as an agency showing that you can help their brand, their business, their category growth,” he adds.

The world in which brands operate is changing at unprecedented speeds; it brings with it both new challenges and ways of solving them. Simon Parker, managing director at drinks marketing agency White Label UK, says: “In the past, there was more of a ‘here we are, you need us’ type attitude and now there is more humility involved. What is different is that agencies need to focus more on making sure we are effective and there is a reason for us to be in the room.”

Insurance brand Direct Line Group (DLG) has been working with media specialist MediaCom for over a decade, but the partnership has evolved over the past three years.

In practice, this evolution means that when DLG works through the planning process with MediaCom, the communications strategy is media- or channel-neutral, allowing for other agencies to add value.

Other key partners DLG works with include Saatchi & Saatchi on the creative side and Unity on consumer PR. Taylor says it is interesting that any of those agencies can originate and build on a campaign’s ‘big idea’, which would have been unthinkable with the TV advertising-led model.

Direct Line’s ‘Merry Fixmas’ campaign in 2015 demonstrated this principle. “Saatchi & Saatchi had an initial idea [but we felt] Unity might have other ideas to add, as would MediaCom,” explains Taylor. “So you have one idea that strengthens every time it touches another agency partner and is co-created from its seed to its execution.” Over 20 million impressions were delivered on social media when DLG launched the campaign.

Many in the industry describe the relationship between brands and agencies like a marriage: if you are well suited, it should be very fruitful and deliver years of happiness; if not, you are doomed to a life of misunderstandings and costly mistakes.

Following this theory of well matched partners, the fundamental principle that should guide the relationship is mutual respect. As well as smart and creative thinking, the relationship relies on trust, collaboration and flexibility.

Gatwick Airport’s head of marketing Jo Patterson claims having a collaborative approach with its agency Creature has been critical to the success of its ‘Gatwick Obviously’ campaign to promote ongoing plans for a second runway. She believes the nuanced messaging, which has reportedly achieved significant cut-through with a limited budget, is the result of the open and honest relationship the two parties have developed.

“The key strength of the relationship with our agency is how integral we have allowed them to become in our strategy sessions,” adds Patterson. “[Creature is] present at our wider campaign briefings and is able to get information on things such as government and passenger consultations from the horse’s mouth.”

The participation of key stakeholders is central to being able to create a relationship characterised by transparency, honesty and mutual benefit. While mid-level marketers tend to be responsible for the health of the day-to-day, the client-agency relationship should arguably be supported from the top of an organisation. The CEO and other executives should be on board to support the business goals and allow the agency to get their vision from the top, from the briefing stage all the way through to execution.

Gatwick brought in key senior stakeholders at the agency to work on the Gatwick Obviously campaign early on. Patterson believes this level of senior engagement has been effective in being able to hone the activity. “Because we have a close relationship, we get a lot of senior stakeholder ‘face time’ with the agency,” she says. “Getting senior buy-in from members of the executive team early in the campaign process means we can be more nimble. [We’re] able to turn things around fast and respond more fluidly.”