How brands are rebalancing the gender divide in male-dominated sectors like insurance, tech and sport 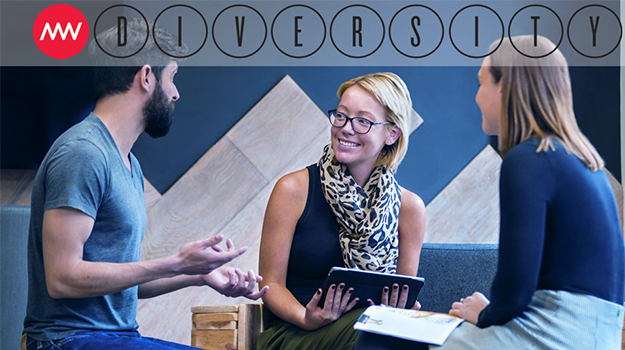 From getting closer to customers to driving innovation, the business case for bringing women into the boardroom is becoming stronger than ever. The next in Marketing Week’s diversity series explore the benefits of gender equality.

Aside from enabling marketing teams to better understand their customer and sparking the debate needed for genuine innovation, gender diversity makes strong financial sense. The McKinsey Global Institute estimates that paying women the same as men would add $28tr (£19.4tr) to the global economy by 2025 through increased female spending power.

In April, however, the Equality and Human Rights Commission countered these findings, arguing that 31% of companies which increased the proportion of women on their boards did so by reducing board size and not by appointing more women. Furthermore, 60% of companies missed the target completely.

Sue Unerman, co-author of The Glass Wall and chief strategy officer at media agency MediaCom, believes boards look much like they did in the 1980s. “Lack of gender diversity is unacceptable in an industry that has to drive a competitive advantage, especially as studies show that a key way of improving business is through diversity.”

Ultimately, she says, if women look toward senior management and cannot see any other women at the top of the business, “they will go and work elsewhere”.

Some companies are, however, taking a lead on the issue. Last month, insurance firm Aviva became the first FTSE 100 company to pledge 30% of its executive committee will be women. Four out of 11 existing executive committee members at the firm are women.

“The culture at Aviva is quite progressive and we tend to find a higher than average female-to male split across the business,” she explains.

“Diversity comes in all shapes and sizes, and having a diverse leadership team brings a greater competitive edge. You need to bring in people with different views to break new ground. As a service business, we gain people’s trust by getting close to customers, so women play a big part in the decision-making process.”

Aviva has several schemes to support female talent, including a women’s network of coaching and mentoring forums, while the company also embraces flexible and part-time working.

“Brands cannot afford to lag behind. They need to give women a voice and not be patronising. Women like to be spoken to in an intelligent manner”
Ann-Marie Manley, Wacoal Europe

Fellow insurance business, Lloyd’s of London, has also made strides to level the playing field for women working within the sector.

The organisation launched the Dive In festival of diversity and inclusion last year, for which it won the Diversity Champion prize at the Marketing Week Awards last month.

Women in insurance was a big focus at the event given the industry ranks 17th out of 25 in terms of female representation at the top, according to the Credit Suisse Gender 3000: Women in Senior Management report. The study reveals that just 12% of women are in top management positions and only 1% of insurance businesses have a female CEO.

Tashi Lassalle, head of marketing and communications at Lloyd’s of London, says: “Initiatives like Dive In send a message to people working in the market already that insurance is an industry where women are valued, supported and encouraged to develop their careers. It also helps to convince people who might be considering insurance as a career choice that it absolutely is a sector that is committed to diversity in all forms, not just gender.”

Lassalle appreciates that perceptions will not change overnight, however.

“It will take time for insurance to be viewed as a level playing field for talent in the way that asset management has built its reputation,” she adds.

“As an industry, we just have to keep walking the talk and doing things differently as well as holding up examples of real people as role models. If they can be ambassadors for women because they have had positive support and mentoring experiences they can talk about that’s very powerful, especially for younger women who are choosing careers.”

Like insurance, technology has traditionally been regarded as a male-dominated sector, often criticised for failing to support women. Former executive director of marketing at Dell Latin America, Carla Pineyro Sublett was attracted to her current role as CMO at US-managed cloud provider Rackspace because of the company’s approach to diversity. The support on offer includes promoting peer-to-peer mentoring and resource groups focused on how women interact, develop and learn.

Although her leadership team has an even gender split, Sublett acknowledges that gender diversity issues are prevalent in the wider tech community. “Generally, not enough is being done and we cannot stop until boards and leadership teams are representative of gender. Company culture should foster diversity, embrace creativity and not have a strong sense of hierarchy. It is in these sorts of environments that diverse teams flourish.”

Taking a progressive approach to gender diversity within marketing teams should be reflected in a progressive marketing strategy, says Ann-Marie Manley, head of marketing at lingerie group Wacoal Europe. The brand recently surveyed 2,000 customers across the UK, the US and France to discover which forms of communication they prefer.

“Last year was an interesting year for [discussions about] gender and brought lots of new challenges in terms of customer segmentation, so brands cannot afford to lag behind. They need to give women a voice and not be patronising. Women like to be spoken to in an intelligent manner in terms of empowerment and confidence.”

A stand-out example of this progressive approach is Sport England’s much-lauded ‘This Girl Can’ campaign, which sought to close the gender gap through participation in physical activity by encouraging 2.8 million women to get active.

Since January 2015, the campaign video has been viewed more than 37 million times on YouTube and Facebook, encouraging over 540,000 women to join the ‘This Girl Can’ social media community.

“We talk to the girls as one of the girls, tell inspiring stories that never judge or lecture and, importantly, we go where they are,” explains Tanya Joseph, Sport England director of business partnerships, who is in the process of masterminding the next phase of the campaign.

READ MORE: Marketer of the year Tanya Joseph on the future of ‘This Girl Can’ and Sport England’s strategy for 2016

“We are delighted ‘This Girl Can’ has had such a great start, but recognise that we have a long way to go. The gender gap is still very pronounced – so this is just the beginning.”

The women behind Budweiser

At first sight, it might seem at odds with the notion of diversity that Budweiser has an all female UK marketing team, but marketing manager Steph Okell explains that the company did not necessarily set out with this ambition. Instead each member was hired on merit for their varied skill sets. The broader marketing team at the brand’s owner AB InBev, is split fairly equally between men and women.

“It’s outdated to think of brewing as a male industry, as brands such as Budweiser and Corona appeal to women as well. Also, you don’t necessarily have to be the target audience to be a successful marketer,” she says.

Okell’s colleague, senior brand manager Aina Fuller, adds: “We are young, energetic and dynamic. We also have real diversity, having worked for other big brands in cross-functional roles from innovation to trade marketing. A diverse skill set helps us move forward at pace and understand the consumer from all angles, which speaks in our results.”

Budweiser has seen engagement for its Dream Goal competition rise over the past year, for example, with the number of goals submitted by customers via social media up 23%.

“The very nature of Budweiser is to be inclusive and mass market. We build our strategy around the shared moments that bring people together: music, sport and food, which are the same for men and women,” adds senior brand manager Laura Salway.