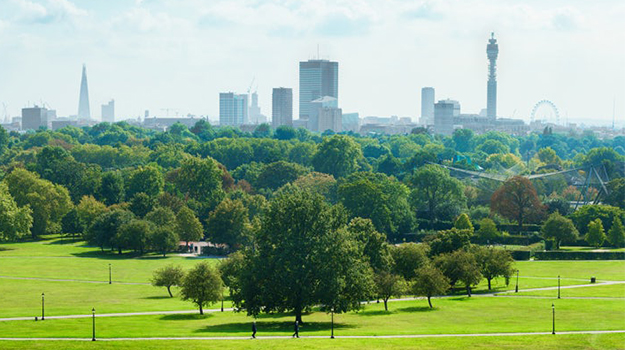 This won’t be much help if your commute is exclusively underground, or requires you to keep your eyes fixed to the road, but studies show that looking at scenic landscapes can be beneficial for your performance of cognitive tasks, your wellbeing, and just making you a nicer person.

The findings are even more intriguing in light of the increasing time people spend staring at mobile screens and focusing on the world directly in front of their noses, suggesting they might be better off looking aimlessly out the window now and then.

Subjects who took a stroll through an arboretum before taking a memory test performed 20% better than those sent for a walk down a city street, according to a University of Michigan study. Even those asked to look at pictures of scenic environments saw an uplift in a follow-up experiment.

Doing so engages our “involuntary attention, which comes into play when our minds are inadvertently drawn to something interesting that doesn’t require intense focus, like a pleasing picture or landscape feature”, researcher Marc Berman told The Dirt, a blog run by the American Association of Landscape architects, in 2011.

Meanwhile, a 2015 study published in Scientific Reports, part of the Nature group of journals, found evidence that “inhabitants of more scenic environments report better health, across urban, suburban and rural areas”. The findings held true even after the amount of green space, air pollution and other variables were accounted for.

And in 2009, the University of Rochester published research suggesting exposure to nature “leads people to value community and close relationships and to be more generous with money”.

So rather than feeling you have to squeeze productivity out of every free moment, take Ferris Bueller’s advice and look around once in a while. The fields and rolling hills passing by the train window could be the perfect place to start.