Just over a year into her role as CMO at the world’s fourth largest B2B business General Electric, Linda Boff explains how her team are ripping up the rulebook and driving disruption at the ‘124-year-old startup’. 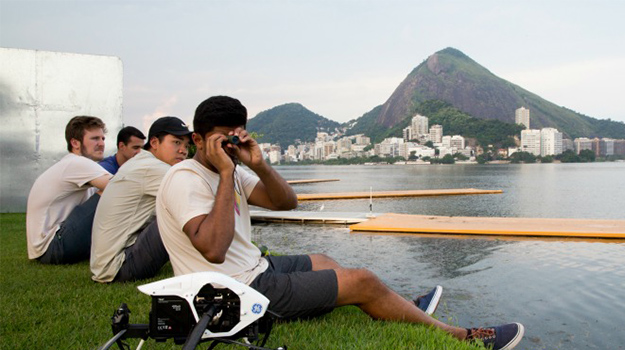 “As marketers, we have got to rip up the marketing plan because what looks really good on paper – out-of-home, social, earned media and paid media – is not the way people experience media in their lives,” states General Electric CMO Linda Boff.

“We need to think about what the new 360-degree marketing is and it needs to be redefined.”

Boff took up her current role at GE – the world’s fourth largest B2B brand according to BrandZ – just over a year ago and has spent her first 12 months fostering an agile, startup mentality aimed at giving the American industrial giant a cutting edge. This has seen the brand record podcasts, experiment with drones and broadcast on Facebook Live.

GE has gone through a period of transformation to become a digital industrial leader in healthcare, transportation and energy, says Boff, meaning the job of her marketing team is to bring that vision to life from a brand and business perspective.

“Innovation, technology and progress have been in our DNA for 124 years. We try hard to reach both core and new audiences in ways that underscore that,” she explains.

“So that might mean being first on digital platforms like Instagram and Snapchat, or the stories we tell. We are pretty disruptive in the way we approach the media. We have worked with all kinds non-traditional partners, channels and mediums.”

An early adopter of Facebook Live, last June GE ran a series called Drone Week, where a drone visited a GE factory every day for five days streaming the activity live on Facebook.

Boff’s team has also found multiple ways to use Snapchat, from filming Snapchat ‘Stories’ at its Fort Worth locomotive facility using Snap ‘Spectacles’ to creating a story from its thought leadership event Minds + Machines in San Francisco.

We do well when it comes to women at the top ranks, but in the industry in general it can get a little lonely.

Last November, GE released its latest podcast, LifeAfter, which explores artificial intelligence and what happens to our digital identities after death. This follows the hit eight-episode podcast The Message in 2015, which featured a fictional cryptologist attempting to decode a 70-year-old alien message.

READ MORE: Is the future of virtual reality mixed?

GE marketers are now exploring the potential of bots and artificial intelligence, as well as voice automation, following the release of Amazon Echo and Google Home. Boff also sees big potential for augmented reality after the stellar success this summer of mobile game Pokémon Go, combined with the general accessibility of the technology.

Whatever the platform, every marketing decision is aimed at putting a different lens on GE’s work says Boff. “We try to find ways to bring it to life, to tell that story in fresh, unexpected, human and relatable ways that don’t diminish the fact that we’re working on things like bringing electricity to a billion people around the world.”

Taking a disruptive approach to recruitment 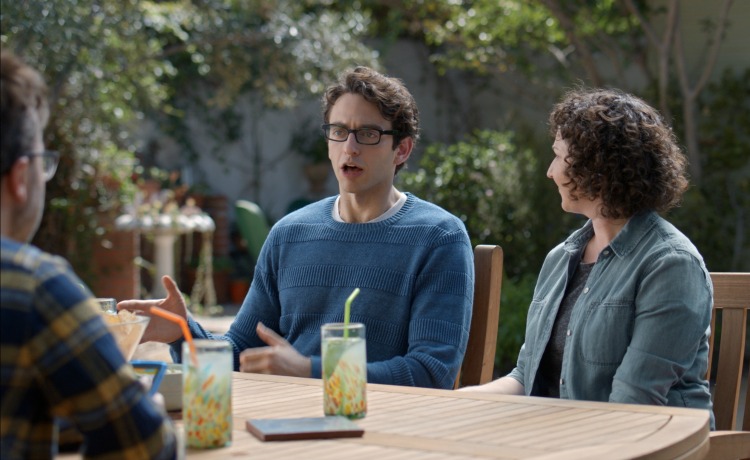 GE took a disruptive approach to recruitment with the launch of the ‘What’s the matter with Owen?’

Boff acknowledges that the challenge for a heritage brand like GE is staying relevant and reaching new audiences, particularly for a company that employs more than 300,000 people and is always on the look out for new talent.

Tackling the relevance issue head on, Boff took a disruptive approach to recruitment with the launch last year of the ‘What’s the matter with Owen?’ campaign.

Running across TV and social media, the campaign followed Owen, a fictional college graduate who has just been hired as an industrial internet developer at GE. The campaign focused on Owen explaining his new job to his baffled friends and family in a fun and human way. The campaign was a hit and in the year since launching recruitment of engineers and computer scientists has increased by 800%.

“We’re a company that does things that are complex and difficult, so finding ways to describe them in a way that’s simple and engaging is quite important,” says Boff. “We tried to do that with the Owen campaign in a way that’s memorable.”

A passionate advocate of supporting new talent, Boff hosts lunches for women in media and marketing, as well as spearheading the CMO Challenge, a pledge for CMOs to spend at least five hours a year in a classroom teaching the next generation.

Although she is proud of the number of women on the GE board, which includes vice-chair Beth Comstock who leads on new growth efforts, Boff recognises that being a female leader can sometimes be challenging.

Her career spans high level marketing roles at Citigroup, NBC iVillage and the American Museum of Natural History, before joining GE as global director of marketing communications in 2003. Boff rose to executive director of global digital marketing before taking on the role of CMO in September 2015.

“I am so proud of the women on our boards and our leadership. We do well when it comes to women at the top ranks, but in the industry in general it can get a little lonely,” she says.

“Ten years ago, GE started the annual ‘Leading and Learning’ conference for our senior women and our senior women customers from utilities to hospitals to the oil fields. It’s wonderful for women in these industries dominated by men to be among fellow women.”

The winning formula at GE is a combination of idea-led creative, a critical storytelling element, being unexpected and “unapologetically ourselves”, says Boff. She is proud of the “scrappy” attitude of her “small but mighty” global marketing team of 25 to 30 people.

“We don’t sit around saying ‘how are we going to be cool today?’, because if you work here you think the stuff we do is pretty damn cool. It’s locomotives, jet engines and wind turbines. We think we work in the candy store,” she jokes.

The marketing team is structured for speed and agility. Whereas 10 years ago a CMO would create a great message, distribute it across three or four media networks and it would be seen by 40 million people “watching Cheers or Friends”, Boff acknowledges today it is a different world.

For this reason her team is divided into three ‘labs’ – disruption, creative and performance – with the aim of putting experimentation at the heart of the business.

We don’t sit around saying ‘how are we going to be cool today?’, because if you work here you think the stuff we do is pretty damn cool.

The disruption lab is focused on future technology, platforms and entrepreneurs, while the creative lab covers media, advertising, content, sponsorship and experience. The performance lab is designed to drive results. This agile structure is aided by an open office design, which has the marketing, communications and business innovation teams sitting together.

“It’s energising and democratic, and then we try really hard as a company to embrace a spirit of agility. We refer to ourselves as a 124-year-old startup,” Boff says.

“A couple of years ago we introduced something we call ‘fast work’ and developed our own way to approach speed and agility inside GE by adapting a mindset of test and learn.”

GE also works with entrepreneurs in residence. The marketing team is currently collaborating with a digital industry commerce expert. These entrepreneurs are people who might not want a full time job at GE, but are still interested in having an impact at scale, while the marketers learn from how to move at speed.

Every effort from the way the team is structured to adopting drone technology and embracing Snapchat is focused on humanising the technology and making the GE story relevant. Boff wants her marketers to be customer-obsessed, constantly thinking about what she calls the “value exchange” of the story.

“When we talk about our storytelling, we think what’s the value exchange? Someone has given up 20 seconds or 20 minutes of their time but what are they getting in return?” she asks.

“That’s something as marketers we need to think about. Once upon a time we all said ‘content is king’, then we said ‘distribution is king’. Really it’s about the user and how we are serving him or her.”