This month, independent publisher Unit Editions has released Paula Scher: Works – a 522-page book documenting the life and work of the Pentagram partner. We speak to the book’s co-editor Adrian Shaughnessy about what makes Scher “remarkable”, her politically-motivated projects, and her refusal to be typecast as a “female designer”. 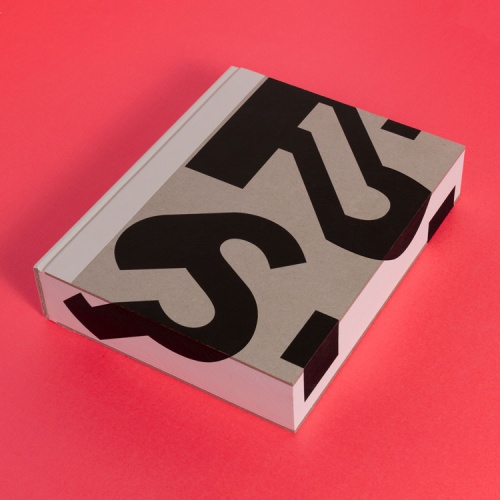 Design Week: Why was it important to dedicate a book to Paula Scher?

Adrian Shaughnessy: Paula is a fantastic role model on many levels. We always look for contemporary relevance in the subjects we choose, and a sense that studying this person will give readers insight into how a designer functions. She fulfils that, and she also does something very few people do. She covers the full range of professional, high-end graphic design all the way through to highly personal work, and all the stops in-between. She works as a commercial designer for big corporations and cultural institutions in the US, but also does one-off political illustrations for the New York Times, and creates her own map artwork to exhibit in galleries. That’s what makes her remarkable. 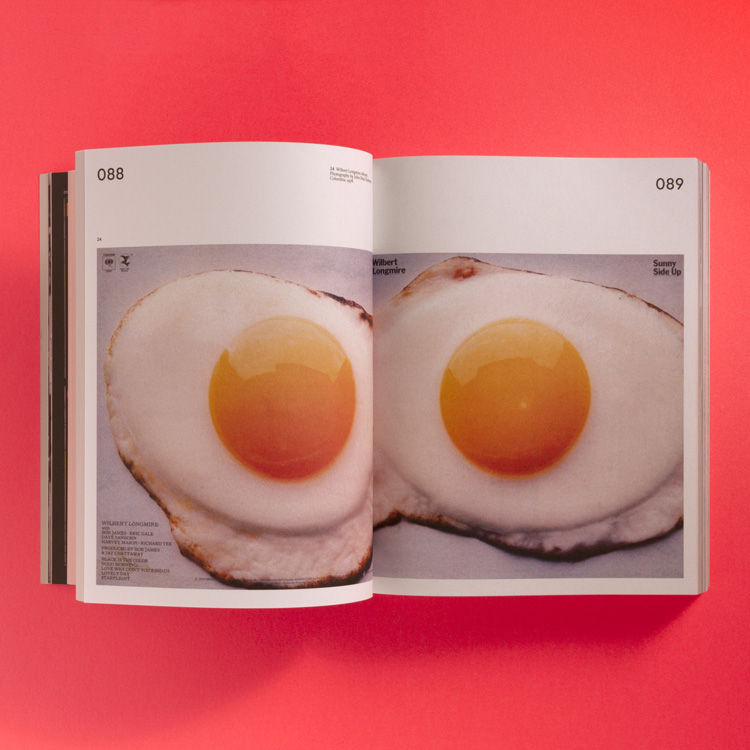 DW: Why was now the right time?

AS: She has created her own monograph before called Make it Bigger, which was published in 2002. We felt that wasn’t representing her current work; Paula moves really quickly, she constantly reinvents herself, so we felt there was enough new work to create a new one. It was also intensely personal, so we wanted to bring an objectivity to it, and look at her life and work from a different viewpoint.

DW: Tell us about some of the projects featured in the book.

AS: Roughly 300 projects are featured, so there are dozens of examples to choose from. I love her environmental work, in particular a project she completed in 2000 for New 42nd Street Studios, a performing arts studio in New York. She produced graphics on the floor, because she has a theory that New Yorkers look at their feet when they’re walking. I doubt anyone else would have thought of that.

There’s also a piece called Self Portrait, which she created for the American Institute of Graphic Arts (AIGA) in 1992. She’s edited a publicity photo of herself, which she used when she first became a “celebrity” designer, and has written all over it about personal things, such as the acne she had as a teenager. It’s one of the most intensely autobiographical pieces of graphic design I’ve ever seen. 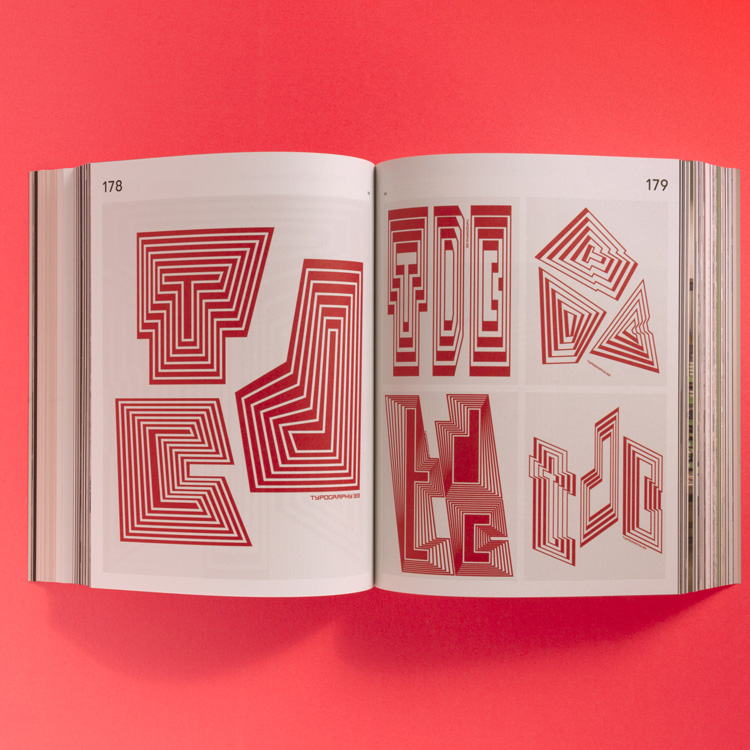 DW: Do you think she has helped to bring female designers to the forefront?

AS: Yes – I think she is the most brilliant example of this but don’t ever expect her to agree with that. The interesting thing about Paula is that she’s not happy with group-think; she’s about the individual. She was once asked in an interview if it was difficult being a female designer – she replied with “Yes, but it’s also difficult being short.” She resists every attempt to turn her into a radical designer or an icon for feminism. 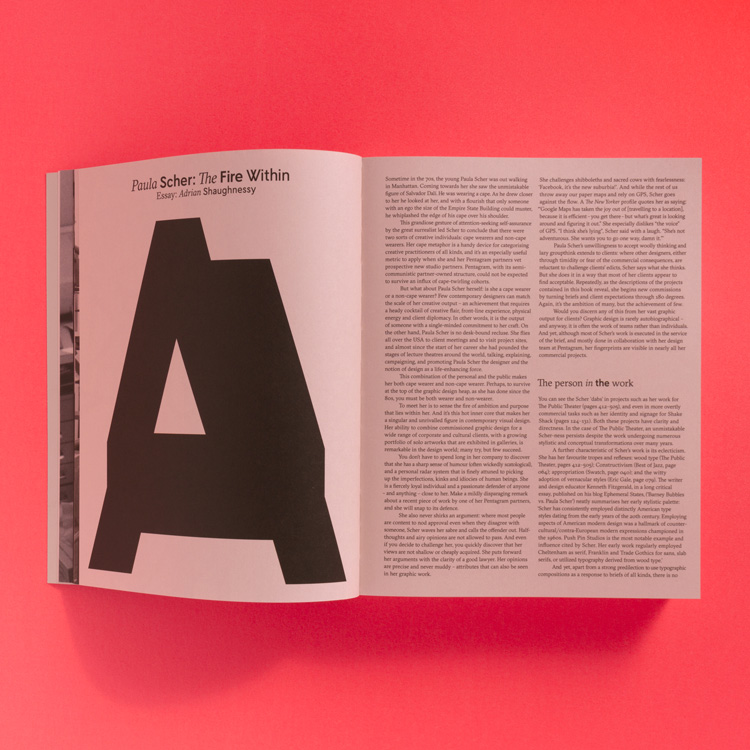 DW: Tell us about the essay in the book – what conclusions does Scher come to about American design culture?

AS: It’s in an interview format. One of the things she talks about is social media and blogs, which have allowed for instant, knee-jerk criticism of design. She deplores this, and has previously defended both her own work and other people’s. One example was her fellow Pentagram partner Michael Bierut’s campaign logo for Hillary Clinton, which got blasted on social media. She talks about how criticism has to be measured, rather than infantile.

DW: Is the book ordered thematically or chronologically?

AS: We looked at it in themes. We split it into 1970s music designs, other identity work, environmental graphics and installations, book designs, and personal work without a client, some of which is politically motivated. There’s also a section dedicated to the identity she created for the Public Theater in New York. 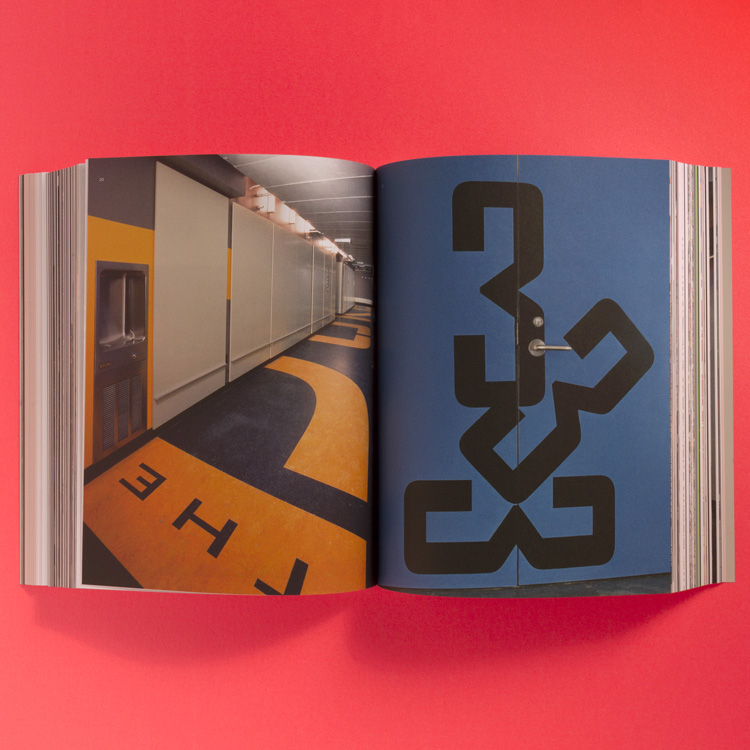 DW: Do you think Scher has a particular style?

AS: I wouldn’t want to pin her down. She tends not to repeat herself and does not stand still – another reason she’s important. She has done things before like used processing – a coding/programming language – to create letterings for a media school in New York. If she’s got a style, it’s an eclectic one.

DW: How does the design of the book reflect the nature of her work?

AS: She entrusted the design to Tony Brook, creative director at studio Spin. What it shows is an Unit Editions philosophy of not swamping the content with a style. Paula’s work is the hero but a particularly strong element is the striking, extruded letterforms that Tony created for the book’s title. It was also important to think about how the book sits in the hand and its tactility. We spent a lot of time choosing paper stock. We also used a linen spine and edge printing on the hardback and boxed versions, to make them feel special and different. 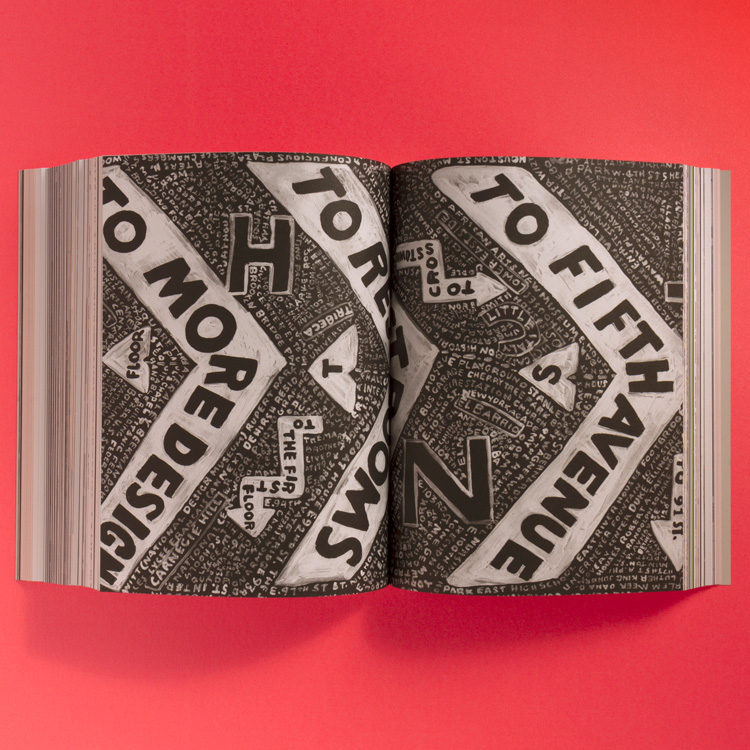 DW: You say Scher does not speak of herself as a feminist designer, but her work can be quite political – what issues does she address?

AS: She’s a Democrat, so a strong advocate of liberal thinking. One of the most interesting pieces of work she has produced was a piece of design analysis for the New York Times Op-Ed page. It looked at the appalling designs of the presidential election forms when George Bush ran against Al Gore in 2000. Her theory was that, if the electoral forms had been better designed and easier to understand, Bush may not have won. That project captures her thinking of design-led liberalism. She looks at how design can affect politics and daily life.

Paula Scher: Works is available to order now through Unit Editions in paperback for £65, and a special boxed edition featuring artwork by Scher for £250. The hardback, priced at £85, has sold out on pre-order. 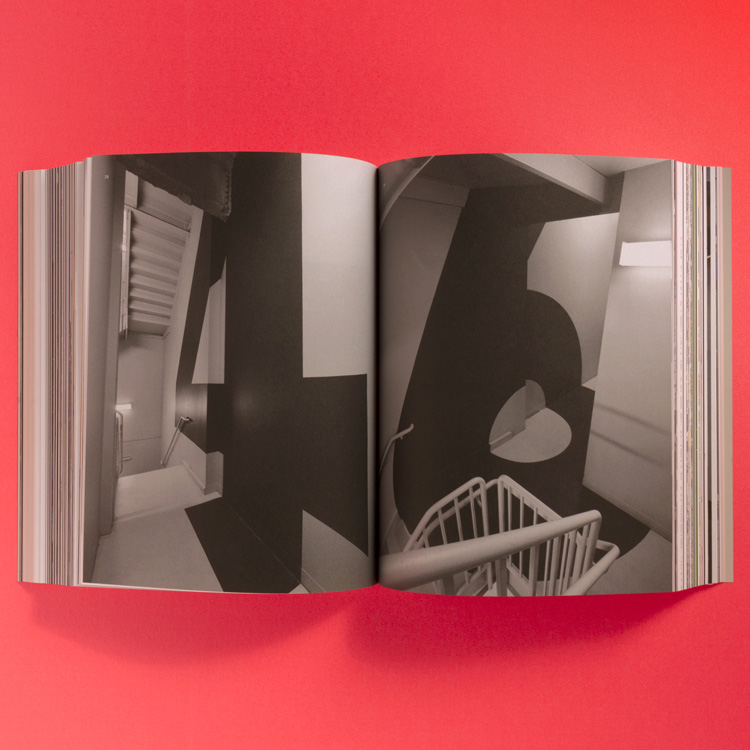 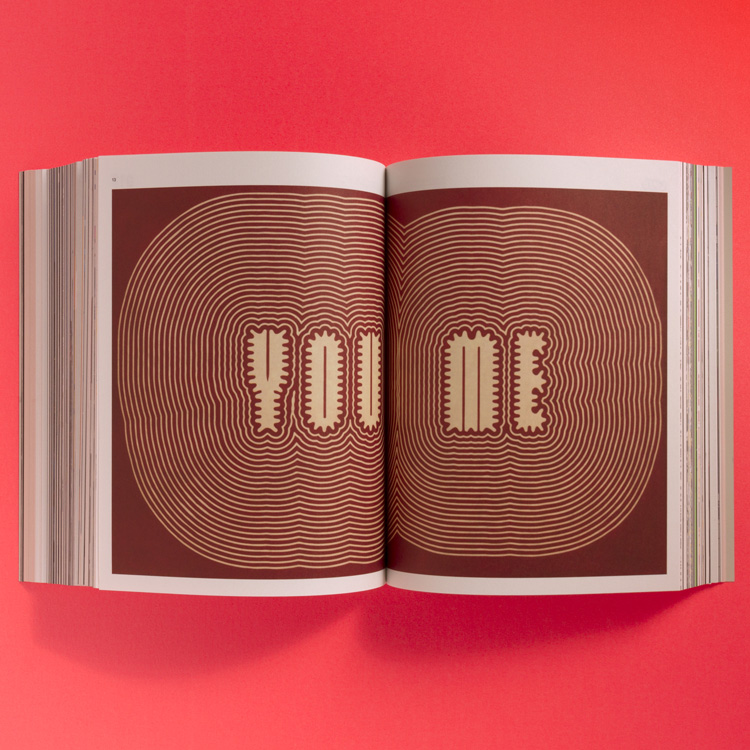 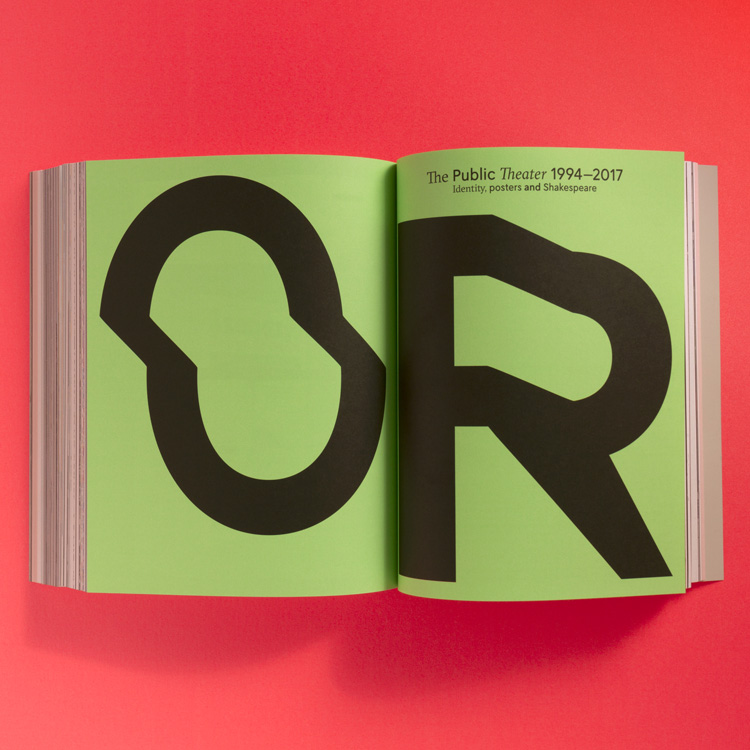 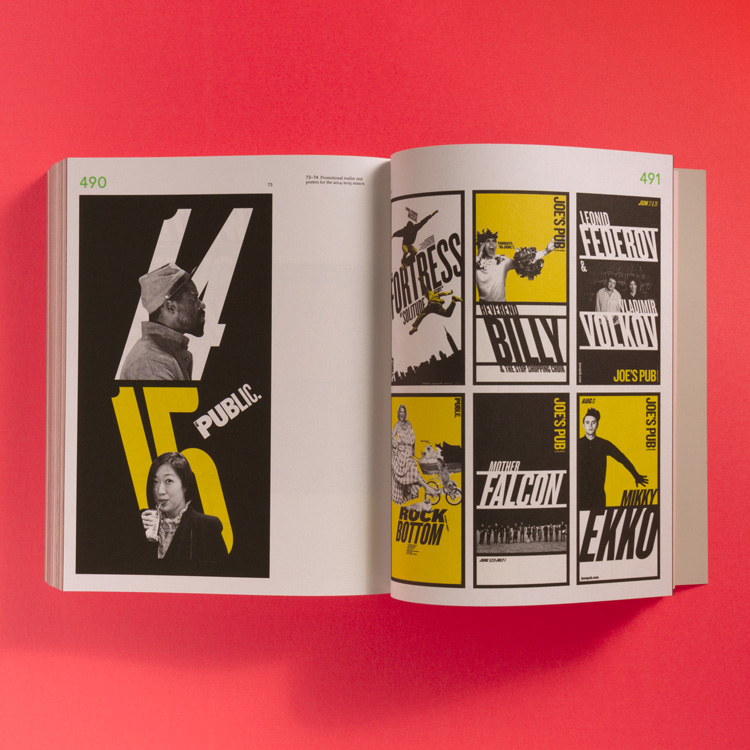 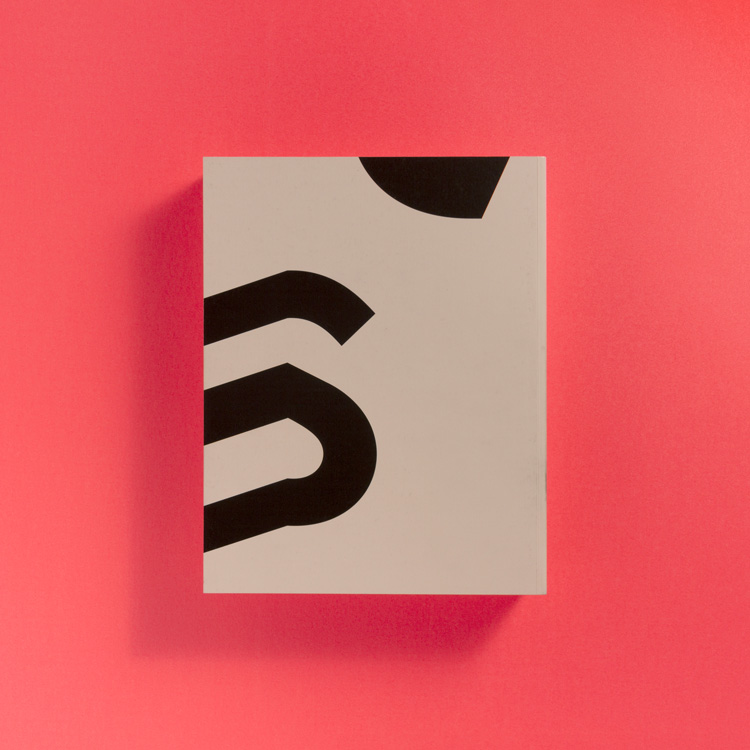 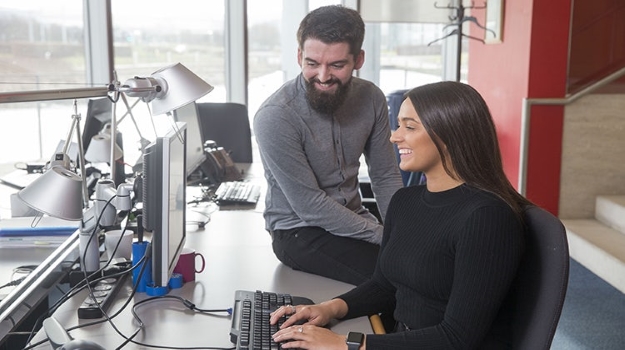 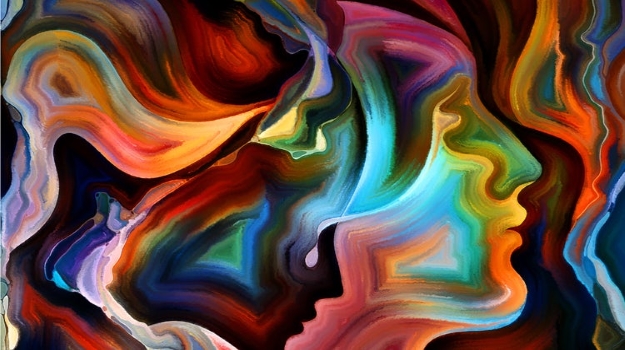 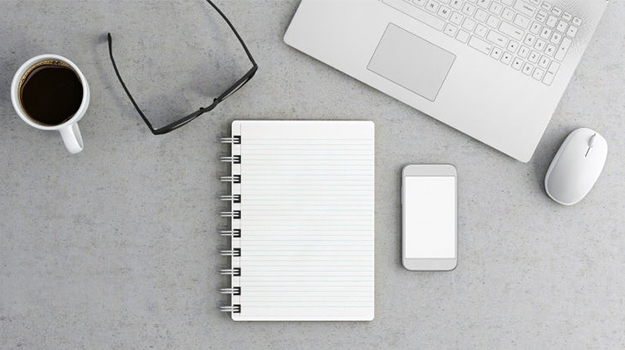