Employers are struggling with expressions of faith in the workplace

Employers are facing challenges over expressions of religion and belief in the workplace as new research shows HR professionals have a very different view of practising faith at work when compared to employees. 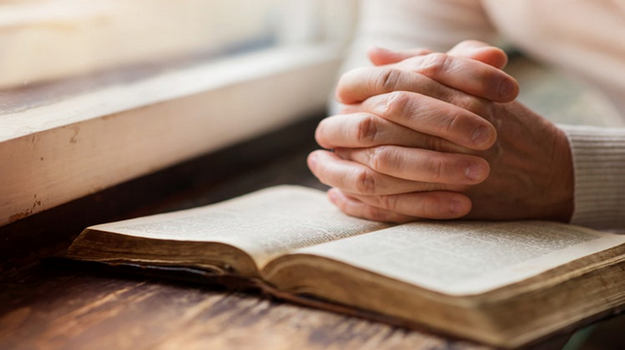 New research shows that British employers are struggling to manage expressions of faith in the workplace and suggests up to a million people in Britain may have experienced workplace harassment, discrimination or bullying because of their religion or belief.

The study, by consultancy ComRes, reveals that almost one in five (17%) British workers say they have seen someone else experience at least one form of bullying, harassment or discrimination in the workplace.

Three percent of workers say they have personally been discriminated against in the workplace because of their religion – the research shows that as a proportion of the total workforce in 2015, this is equivalent to around one million people.

READ MORE: Mars on why diversity needs to be ‘flipped on its head’

“For many people religion is a fundamental part of their identity, values and relationships,” says Katie Harrison, director of ComRes Faith Research Centre – a division set up earlier this year to help companies support employee faith requirements.

Harrison says: “We heard of people feeling upset that religion was the butt of jokes in a workplace where people have become much more aware about making disparaging comments about gender or disability.” She believes employees are “able to work together more effectively when [employers] respect and make room for religions and beliefs”.

Faith as the next diversity pillar

ComRes believes faith will be the “next pillar” in the growing need to diversify the workplace. Chief executive Simon Carter says its Faith Research Centre will look at “how companies support their employees’ faith requirements in the same way that five years ago people looked at LGBT and five years before that they looked at gender”.

Harrison admits there “are still remaining issues in gender and ethnicity, and many areas still need to be worked through” but says companies were increasingly approaching the consultancy about understanding religion and beliefs.

The concerns related to “internal worries” about how best to have conversations regarding religion, and the risk in those conversations resulting in a bad experience for people in the workforce or among stakeholders.

It can be a good thing if we get it right, but so many people are worried about getting it wrong

Stephen Frost is founder of diversity and inclusion consultancy Frost Included and previously acted as a government advisor in the UK, at The White House under Obama, for professional services company KPMG and at the Olympic and Paralympic Games – helping them to improve their inclusion of all genders, sexualities, races and faiths.

He warns that ComRes’ mission will need to be done “carefully”, as although “everyone has a gender and sexual orientation, you could argue that not everyone has faith” and shouldn’t be dealt with as a “zero sum game”.

He says: “Even those that don’t have a faith can benefit from this. The reason why LGBTQ has been so successful in the UK is because the majority of straight people have seen no cost to themselves or [have even seen] some benefit. [If] you can carefully market it to be in everyone’s interest you are onto a winner.”

However, the part that companies play in promoting an understanding of faith in the workplace is dependent on a variety of factors aside from showing benefits and avoiding risk.

These include training for HR professionals and employees, awareness of the opportunities available to practise faith at work and the written policies within organisations relating to religion.

Employees are unaware of faith opportunities

The research shows that employees either didn’t know or notice what was on offer in terms of faith at work. Those who were most likely to say their employer offers various workplace provisions for religious practice were ones who appeared to be practising their faith actively.

Just 19% of workers say that their employer makes provisions for prayer during working hours but this figure rises to 31% among those who attend religious services – other than weddings or funerals, once a month or more.

Similarly, just 11% of workers who do not have access to plan their working hours around holy days or religious festivals say they would definitely or be very likely to make use of this if it were available.

For those who attend religious services weekly or once a month this appears to be more important, with 42% saying they would definitely or be very likely to use the provisions.

The issue is that there is not a universal policy for religious provisions and it depends on the employer. Jane Fielding, head of employment, labour and equalities at law firm Gowling WLG, says the real issue for most of the employers the firm advises relates to accommodating religious practise or manifestations of beliefs.

She says: “A practising Muslim [needs] to pray a requisite number of times in a day, so how you accommodate that in terms of working time – can you let them go and pray at times they need to or do you have to have them there at the desk the whole time.” 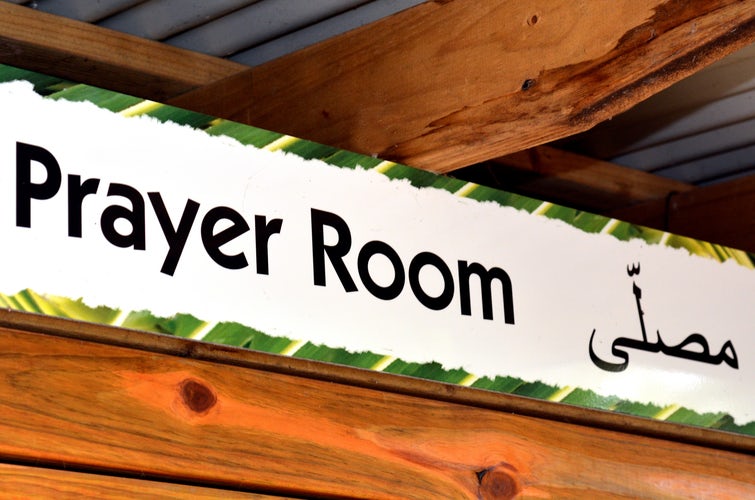 Similarly Fielding says if someone wants to take an extended period of time off for religious festival attendance it’s about how employers deal with that request.

Fielding adds: “Most employers wouldn’t have a specific policy around religious holidays or observance. They deal with it on an ad hoc basis while trying to be consistent in their organisation with how they treat people. They rely on the HR teams to make sure there is consistency by different managers across the business.”

Another reason employers tend to take a flexible approach is because “even within a mainstream religion there are different levels of observance”, according to Fielding. She says: “Some people might identify as belonging to a particular religion but they are not observant or orthodox, there’s so many variations between work places and individuals it would be hard to have one rule fits all.”

Religion and belief is part of training that HR professionals receive but confidence comes from having a written policy, according to the ComRes research.

Although it’s based on a small number of respondents, HR managers who say they are not confident responding to diversity and inclusion issues related to religion (31%) are significantly more likely than those who say they are confident (11%), to say their organisation does not provide written policies on religion and belief.

Again although it’s based on a small number of respondents, HR managers who are confident in responding to issues related to religion (45%) are significantly more likely than those who are not confident (20%) to say their organisation offers employees provisions to pray at work.

ComRes suggests that therefore written policies could be important in confirming to HR managers that it’s a priority.

But dealing with the issues from a compliance perspective can also only get employers so far, according to Frost who says there are three ways that companies approach faith in the workplace.

One being the compliance route where “they do it because they have to do it”. He says: “Second is for marketing reasons, to make themselves look good, and third they do it for leadership reasons – that it is a better way of using your people and making decisions, so I work with companies in that third space.”

He adds that it’s often about the systems and processes companies have in place – practical elements such as faith rooms, religious leave and holiday and work behaviours. For example, if social or work activities are always around the pub or related to alcohol, employers have an opportunity to “get more savvy with different things they want to behave and lead on”.

Among British workers, two thirds of employees in non-managerial roles (65%) say they have received training on religion and belief, while less than half (44%) of those in managerial roles report the same.

A clash of employee rights

An area that more employers are coming across is a clash of employee rights when religion is part of the equation, particularly in balancing religious beliefs against other protected characteristics under the Equality Act.

Fielding says the one it tends to clash with is sexual orientation, where some religions don’t accept sexuality. She says: “If you have an employee who is strongly of one of those religions being required to work alongside someone who is openly gay, for example, that can cause management issues in the workplace.”

Frost believes it’s down to following the law. He admits that there “is potential for clashes” but that “the law is the law and a person’s job is to comply with the law and if they don’t want to fulfil a function they shouldn’t do that job”.