5 things that mattered this week 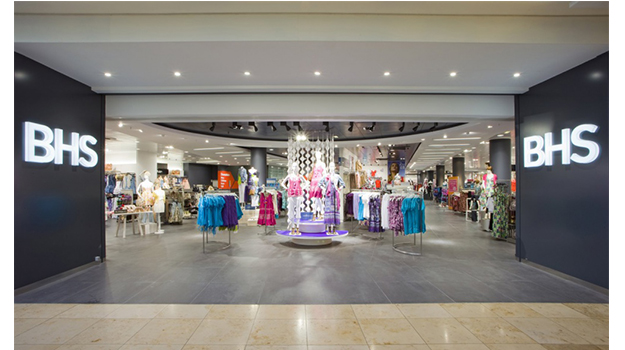 In a week that saw Apple sales fall for the first time in 13 years and BHS go into administration, we line up five of the week’s biggest marketing stories.

It was a bad week for BHS, with the retailer set to become the biggest high street retailer to collapse since Woolworths, as 11,000 jobs and 164 shops at risk. News of this has left analysts debating the next steps, if any, that BHS should take.

Retail consultant, Graham Soult, is of a different opinion. He says it’s a surprise BHS lasted so long, with its outdated store formats and slow approach to online retail the two biggest errors. He believes that BHS is in a worse position than BHS was,. “Woolworths was at least profitable for the bulk of the 2000s, BHS hasn’t made money for years. It hasn’t changed since the 1990s.”

Whatever the future holds, BHS is a warning that persisting with the ‘old way’ is no longer an option.

Apple sales fell for the first time since 2003

Apple is not used to coming up short but both its iPhone sales and revenues dropped in the second quarter.

Apple saw iPhone sales fall for the first time ever in the three months ending 26 March, causing it to post its first revenue decline in 13 years. The 51.2 million iPhones sold in the quarter was 16% lower than a year ago and in stark contrast to the 40% increase in Q2 2015.

Neil Saunders, CEO of Columino believes the decrease in sales comes down to Apple “not innovating enough on the product front to drive sales”.

“The problem is that new product is seen by many consumers as being good, but not quite good enough to justify upgrading.”
Neil Saunders, CEO, Conlumino

Apple is hoping a renewed focus on services such as mobile payments, apps and music streaming can cover the shortfall.

Its service business flourished last quarter, with revenues jumping 20% to $6bn. In particular, Apple Music has demonstrated success, adding one million new subscribers in both January and February.

Marketing Week has teamed up with award-winning columnist and Professor Mark Ritson to introduce a Mini MBA in marketing.

Covering the same core modules as leading MBA programmes but in just 12 lessons, it aims to give marketers the tools needed to do their job better. The course is CPD credited and can be used within their formal record for a professional body, institute or employer.

Ritson has taught at some of the world’s leading business schools including MIT Sloan School of Management, London Business School and Melbourne Business School. He has put together the course, including videos and readings, and will be doing a weekly online Q&A with students.

The first course starts on 19 Septembers and will last for six weeks, with an essay-based exam at the end. The course costs £900, with group discounts available.

For more information and to enrol visit marketingweek.com/mini-mba

YouTube is launching a six-second ad format for mobile in May, in a bid to adapt to changing consumer viewing habits and grab the attention of consumers who prefer watching videos on their phones. The new feature was developed after brand research found that 50% of 18 to 49-year-olds turn to mobile to watch videos.

In a blog statement, YouTube parent Google says: “Even in the living room, many people prefer to watch on their smartphone – for the control, personalisation and ease it offers. And as viewing habits change, we are working to introduce new formats adapted to these habits.”

According to the tech giant, the format, called Bumpers, drove strong lift in metrics like recall, awareness and consideration in early tests. Bumpers can also be used as a format to showcase serialised content.

Google concludes: “We like to think of Bumper ads as little haikus of video ads – and we’re excited to see what the creative community will do with them.”

Procter & Gamble rolled out the latest phase of its ‘Thank you, mum’ campaign on Wednesday, focusing on mothers’ strength ahead of the Rio 2016 Olympics, which are set to kick off in fewer than 100 days. The last summer Olympics were held in London four years ago.

“It will be different. London being the host was an extraordinary experience that we won’t repeat. But we at P&G are adopting the same campaign and working with our brands, making sure that we do engage the great British public,” Roisin Donnelly, P&G’s brand director for Northern Europe, said.

The new campaign video ‘Strong’ builds on P&G’s previous Olympic Games campaigns, ‘Pick Them Back Up’, ‘Kids’ and ‘Best Job’, with a new take on the role mums play in their children’s lives. It will appear in full form digitally as a two-minute video or in short form on television in more than 30 countries.