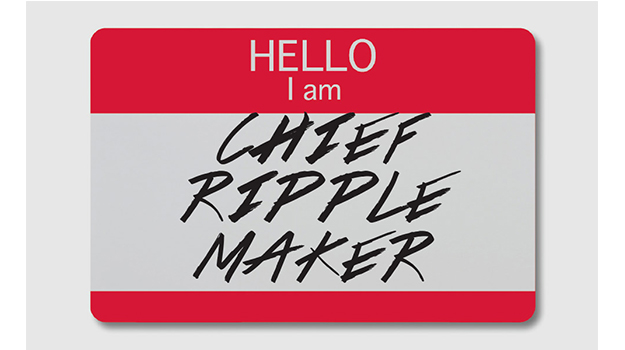 Job titles can be as simple as ‘marketing director’ and as wacky as ‘the dark lord of coding’, but as disciplines splinter, is it more important that your title reflects your specialism or paints you as an all-rounder?

“I observed today that a colleague of mine has been promoted to senior global category director, where once he would simply have been ‘a very good marketing manager’,” says Cheryl Calverley, head of marketing at the AA. “Human nature is always to look for status among one’s peers, and as a result there is a natural drift upwards in titles.”

This is evidenced not least in the marketing space, which has seen a rapid and increasing need for a more diverse set of skills, thanks mostly to advances in technology. As marketing roles become more complex, there has also been a proliferation of specialist titles at all levels of seniority that help to convey each person’s responsibilities.

Simon Sproule, director of global marketing and communications at Aston Martin Lagonda, says it is also a statement of intent for the organisation: “It shows a commitment to specific areas of marcoms, for example content creation or social media engagement.”

Although Sproule is a big advocate of integrating communications, he stresses that this still enables varied career choices in specific areas, meaning specialisation is alive and well.

“Accordingly, job titles are probably either going to get more general – for those at the senior levels – or more specific below leadership levels,” he says.

More specific or too trendy?

Insight is one area where new job titles such as “data scientists, chief storytellers and data strategy directors” have emerged, according to Amanda Phillips, UK head of marketing at market research company Millward Brown. She is broadly supportive of the trend.

“For an individual, having a title that accurately reflects the role they’re carrying out is extremely significant. It sends the right message about their talents, and the part they play in creating the all-important 360-degree customer experience,” she explains. ”This will press the right buttons internally, and also in terms of how engaged the individual feels with the company. So much so that some CMOs have vetoed the changing of job titles within their teams, realising that this makes them hot property, and easy to poach.”

Adobe EMEA marketing director John Watton says more detailed titles can also signpost progressive thinking in the team. “So if someone is specifically tasked to improve customer experience, then why not call this out? I would urge caution, however, for getting too specific as today’s shiny new thing can be tomorrow’s tarnished old relic.”

Indeed, there is a difference between creating titles that are more specific, and therefore helpful, and creating titles that are obscure and therefore baffling. Clare Kemsley, UK managing director for marketing at recruitment firm Hays, says: “Job titles and roles such as head of storytelling, which is essentially comms management, have become increasingly prevalent. Yet these creative titles can sometimes mask the position’s true nature and responsibilities and impact progress, particularly when applying to external organisations that may not be familiar with the terms used at another company.”

In becoming more explicit, job titles can also run the risk of quickly becoming irrelevant. “Who would want to have the title ‘manager, Second Life engagement’ today?” Sproule asks, referring to the virtual online community where users interact through avatars. “Ten years ago, that would be the hottest area of the business.”

Although some specialist job titles risk obsolescence, they can be lucrative posts. The AA’s Calverley jokes: “I could probably double my salary if I was titled ‘strategic director of digital marketing’.”

Marketing Week’s 2016 Career and Salary Survey finds digital specialists’ pay is overtaking that of generalist marketers of comparable seniority – even though our columnist Mark Ritson argues for the ‘digital’ designation to be abolished completely. There is a growing clamour to debate this state of affairs.

“Many have realised that the modern marketer should have digital running through their veins, alongside traditional marketing practices, yet the digital prefix remains attached to various roles,” says Kemsley. “Our consultants have seen the number of marketing roles with digital in their title increase over the past few years, from chief digital officer to digital content manager.”

She believes it is outdated, as does Aston Martin’s Sproule, who argues that people do not have ‘television’ or ‘newspaper’ in their job titles even if they specialise in buying those particular media.

Calverley agrees: “Any young marketer worth their salt has been born and bred thinking digital first. My priority when looking at roles on a candidate’s CV is that they have worked closely with the digital experts in their business, and thus delivered relevant communications that are channel-neutral and digital-first in their execution.”

However, Watton takes a different view, believing that the word ‘digital’ remains highly relevant. Indeed, according to Adobe’s Digital Roadblock Report 2015, 47% cited that digital and social marketers are key roles companies need to invest in. “We will get to the point where ‘digital’ is simply too obvious to feature in a job title but we’re not there yet and, for now, we need to know who the real experts are.” he argues.

It is a trend that Paul Harris, CMO at HR consultancy BrightHR, has also seen. The business was set up by two co-founders, a CEO and a CMO, with Harris’s title recognising that marketers are becoming more central to businesses’ core operations.

“Marketers need to show, more than ever, their business acumen and ability to have an understanding of all areas of the business. In a digital era, it has never been more important, or easy, to show to the business the effect of marketing. People don’t just want to see great visual campaigns or clever PR from a marketing team, they want to know their impact on the bottom line,” says Harris.

The increasing presence of chief marketing technologists (CMTs) is living proof of the growing influence of marketing in the boardroom. “A CMT is expected to harness cross-channel data and technology and deliver creative direction, while at the same time shaping marketing and business strategy,” says Kemsley.

This has also led to a rapidly evolving CMO role, with CMOs recognised as business leaders and expected to have extensive digital know-how. It has prompted an increased crossover between the roles of the chief technology officer (CTO) or chief information officer (CIO) and the CMO, though the debate about the power struggle between them is an outdated one, according to Otto Rosenberger, CMO at online hostel booking platform Hostelworld.

“Every company needs to decide where it needs crucial skills and how to recruit at the right experience level. I have always maintained and strongly believe that an online travel business needs specialist technological skills far beyond marketing technology. This is probably true of most industries in the 21st century,” he explains.

It is an interesting time of flux within organisational structures, and while the evolution of marketing titles is necessary in line with changing marketing roles, there is a balance to be struck. As Harris says, when BrightHR was launched the founders wanted to give people the freedom to choose their own title. “Although we did have a couple of great titles come through – ‘the dark lord of coding’ being my favourite – it didn’t catch on. People wanted a defined job title that told people what they did,” he explains.

It seems overthinking job titles can distract from the real job in hand. “The focus [at the AA] is just on keeping titles clear and simple,” says Calverley. “We are here to do great work, and deliver a growing brand, and we are all rolling up our sleeves and getting stuck in to do that, whatever our titles may say.”

How important  is a job title in marketing?

Job titles can be important to external parties, such as suppliers and partners during deal-making, and also to the individual as it is an indicator of career progress and seniority.

The problem with titles, though, is they often pigeonhole individuals in particular areas of responsibility and skill sets, when in reality their responsibilities and skills have a greater scope. This is especially true for a growing business like [online marketplace] Fruugo.

Titles can both hinder and aid progress, which is why I am in favour of generic titles that imply a broader scope.

How have you seen titles change in recent years?

I have noticed that titles across our industry have moved towards American titles such as the ‘C-suite’ and ‘presidents’ – vice-president, senior vice president, executive vice-president. The ‘rock star’ titles, which were heavily influenced by Silicon Valley, have all but disappeared.

How does this change reflect the evolving skills needed in marketing?

I’m in favour of generic titles so that individuals are encouraged to become experts in their particular skill sets. At Fruugo, it’s fast-paced, and therefore people are often going from project to project, which is why it’s important people are rooted in their skills.

Are CMOs widely being recognised as the general manager of all functions?

The CMO/marketing director/executive vice-president role has certainly changed in recent years. It’s more operationally focused than it has ever been. We don’t worry too much about titles. We are all focused on the success of the business as a whole – titles just get in the way.